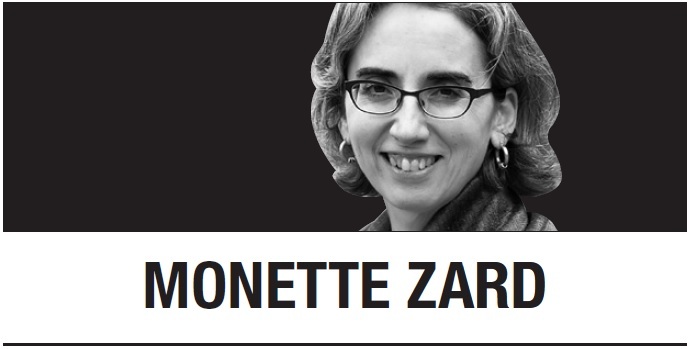 As the new coronavirus, COVID-19, nears pandemic status, a second scourge has followed in its path: a virulent racism that scapegoats refugees, asylum-seekers and foreigners more generally as the cause of the outbreak. This is not only false and cruel, but also dangerous. Politicizing the crisis and stigmatizing whole populations risks turning fiction into fact by stoking fear and driving the disease underground, making it more difficult to manage. Have we forgotten the central lesson of the HIV-AIDS pandemic?

Italian far-right leader Matteo Salvini was among the first to target migrants in connection with the COVID-19 outbreak – and, as usual, without any evidence. Salvini called on Prime Minister Giuseppe Conte to resign after the government allowed a boat with 276 Africans rescued at sea to dock in Sicily. Arguing for “armor-plated” borders, he said that Conte had failed to “defend Italy and Italians.”

Asylum-seekers had nothing to do with the spread of the virus in Italy. In fact, an Italian visiting Algiers is believed to have been responsible for one of the first two African cases of COVID-19.

Unfortunately, Salvini is not alone. Nationalist leaders across Europe are using the crisis to close borders and even to call for an end to the European Union’s Schengen Area of border-free travel. This reactionary chorus includes Marine Le Pen in France, Hungarian Prime Minister Viktor Orban and leaders of far-right parties in Germany, Spain, Switzerland and Austria. And in the United States, President Donald Trump’s administration has said that it is “very strongly considering” closing the country’s southern border in a bid to control the spread of the disease.

Even more cynically, Turkish President Recep Tayyip Erdogan recently opened his country’s borders and bused over 10,000 Syrian refugees to the frontiers of Greece and Bulgaria. Erdogan aims to use the specter of a rerun of the 2015 refugee crisis -- amplified by the COVID-19 threat -- to wrest concessions from the EU.

The conservative Greek government responded by closing the country’s borders, suspending asylum processing, and summarily deporting arriving asylum-seekers. Prime Minister Kyriakos Mitsotakis invoked an EU directive allowing member states to elevate border security if public health is at risk. “We will do whatever it takes to prevent the appearance of the virus -- particularly there (the Greek islands),” Mitsotakis said. Hungary also has blocked access to asylum in recent days. Predictably, the EU – which has failed either to craft an effective asylum policy of its own or to provide adequate support to frontline countries such as Turkey -- now faces another political crisis.


But the real Achilles’ heel in Greece, as in other countries hosting refugees, are the abysmal conditions in which asylum-seekers are forced to live. More than 40,000 migrants now languish in Greek island camps that are designed to house a small fraction of that number. The camps lack the most basic health care and sanitation, with one toilet for hundreds of people in some locations.

Moreover, the crisis could become much worse. COVID-19 is spreading fast in Iran, which hosts a million Afghan refugees. The country’s health system is considered to be one of the best in the Middle East, and yet it is struggling to cope.

In Lebanon, by contrast, public-health provision is weak, and refugees face rampant discrimination. Iraq, Syria and Yemen have fragmented, underfunded health care systems that have been crippled by war. And millions of Syrians are now on the move again as a result of the horrific Russian aerial bombing of Idlib, fueling even more pressure on Turkey’s borders. It is these populations, already weakened by the effects of conflict, and now forced to flee and endure desperate conditions in the process, that have the most to fear and lose from COVID-19.

Meanwhile, the targeting of border-crossing migrants is morphing into broader attacks on diversity. In many countries, people of Asian descent are reporting racist attacks and feel fearful living and working in communities that they used to think of as home. “The government is helping the spread of the virus,” asserted a recent headline in the right-wing Italian daily Libero. “For Conte and his scientists, racism is the disease, not coronavirus.” And in the US, Fox News anchor Tucker Carlson claimed that liberals would “let you die before they admitted that diversity is not our strength.”

Under international law, governments addressing public-health threats can adopt only measures that are supported by science, proportionate to the risks involved, and anchored in human rights, including the right to seek asylum and the prohibition of discrimination. Responses that stigmatize whole populations and disproportionately affect the most vulnerable are not only wrong, but also will fail to control the spread of disease.

Refugees and forced migrants were not the source of COVID-19’s spread. Blaming these vulnerable groups damns them twice – and exposes everyone to even greater risks. The history of epidemics shows that how we treat our most vulnerable populations determines the fate of us all.