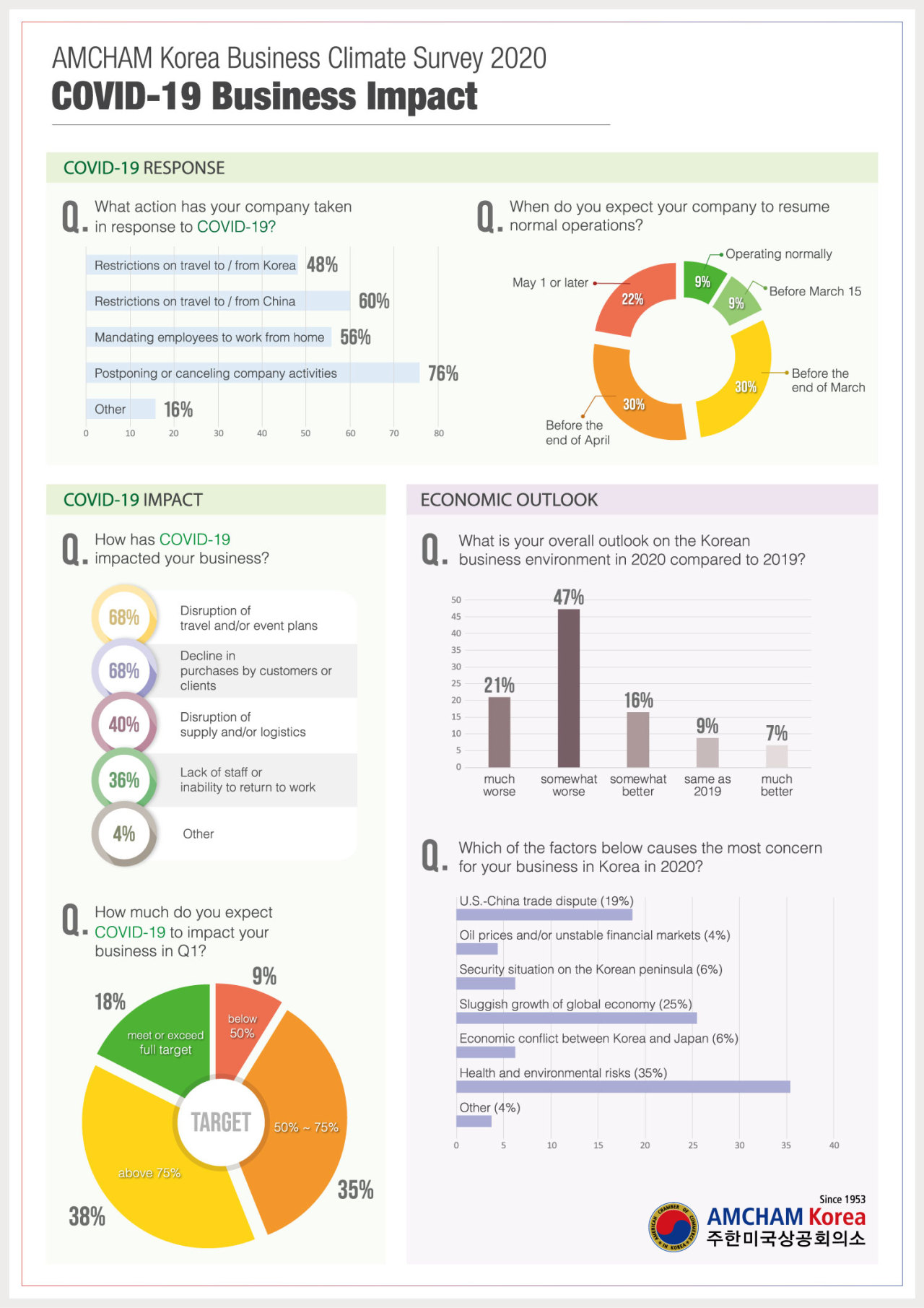 American and European companies with a presence in South Korea expressed concerns Thursday about the prolonged coronavirus outbreak affecting their businesses, but also expressed full support in the country‘s fight against the epidemic.

The American Chamber of Commerce in Korea said approximately 70 percent of its member companies had reported disruption of travel and a decline in revenue as COVID-19 infections have continued to surge.

About 40 percent of the companies reported a disruption in supply and logistics as well as a lack of staff or their inability to return to work, the organization said. Only about 20 percent of the firms expect to meet their target revenue in the first quarter.

AmCham still has “complete confidence that the Korean government is undertaking every possible measure to confront the situation and restore normalcy,” Chairman James Kim said.

He noted that several member companies have implemented solutions to reduce the negative impact of the virus on their operations, such as distance-learning for schools, using cloud computing, distribution of masks and sanitary equipment and the extension of loan paybacks for small and medium-sized companies.

Commenting on the US Department of State’s travel advisory regarding Korea, AmCham Chairman Jeffrey Jones said, “The fact that the highest level travel advisory has been restricted to the Daegu region and not to the entire country shows the US government’s recognition of Korea’s effective measures to contain the outbreak.” 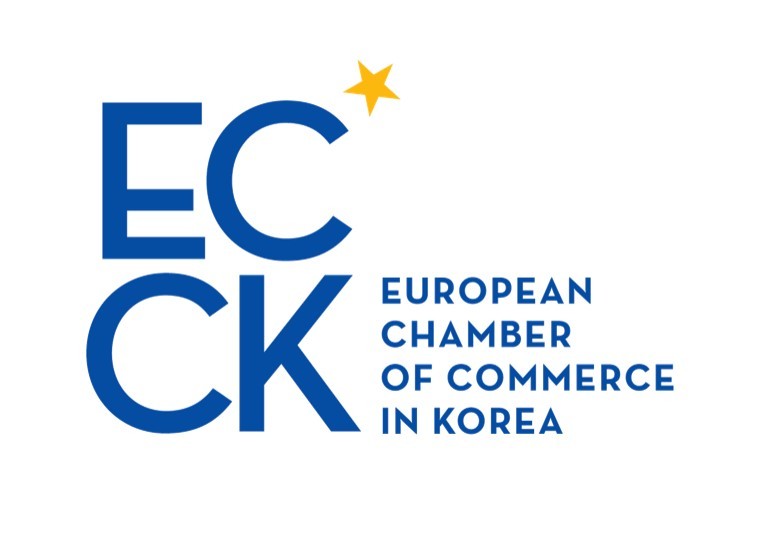 On the same day, the European Chamber of Commerce in Korea also released survey results that showed their member companies were concerned about the impact of the virus outbreak.

Between Feb. 27 and March 4, the chamber surveyed heads of around 70 European member companies here that represent over 27,000 employees with total turnover of 25 trillion won ($21 billion).

In the survey, 82 percent of companies reported that COVID-19 was having a medium to high impact on their business performance. Fifty-five of the respondents forecast a substantial decrease in revenue in the first half of this year, while 46 percent of respondents replied that they are planning to lower their annual business targets.

The most significant challenges faced by ECCK member companies were a market slowdown triggered by the outbreak, the survey showed.

Sixty-five percent of the companies said they were concerned about lower consumer demand while 57 percent were worried about uncertainty and the inability to make business decisions.

“The ECCK truly appreciates and fully supports the actions undertaken by the government and believes that companies will overcome the difficult times,” said ECCK Chairman Dimitris Psillakis.

On Feb. 24, the chamber made an emergency donation of 10 million won to the Daegu branch of the Korean Red Cross to help combat the spread of the novel coronavirus.