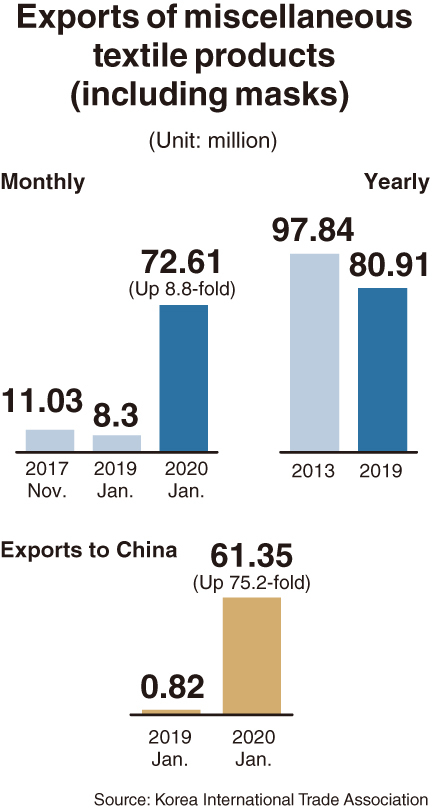 South Korea’s mask exports to China soared in January when the Wuhan coronavirus began to spread, reaching the same level as annual total of last year, according to data by the Korea International Trade Association on Wednesday.

Exports of miscellaneous textile products -- which mainly include masks -- in January amounted to $72.61 million. This is 8.8 times higher than the $82.96 million in exports in the same month last year and 89.7 percent of the $89.16 million, which was the annual exports in 2019.

Imports, on the other hand, declined. Imports of the items amounted to $21.13 million in January, down 5.5 percent from the same month last year.
(shinjh@heraldcorp.com)