Decline in consumption in 3 weeks of Feb. 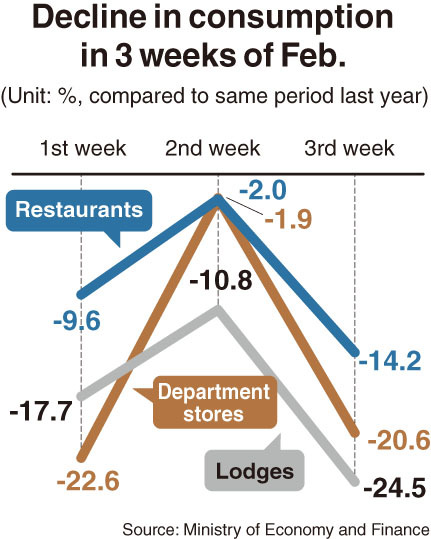 With the vast spread of COD-19 across the nation, consumption rapidly dropped in February, particularly among offline businesses.

According to data provided by the Finance Ministry, lodges nationwide saw their revenue drop by 17.7 percent, 10.8 percent and 24.5 percent in the first, second and third week of last month, respectively, compared to the same period last year.

Sales at department stores also dropped, by 22.6 percent, 1.9 percent and 20.6 percent in the three weeks.