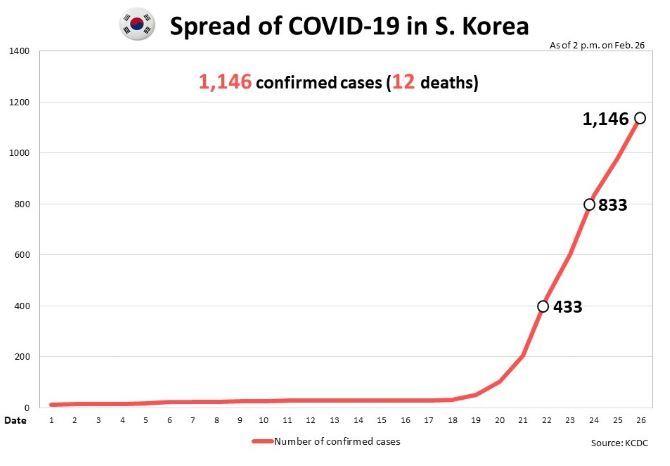 South Korea reported its 12th fatality from the new coronavirus and 169 new confirmed cases on Wednesday, bringing the total number of infections here to 1,146.

A 73-year-old man, a member of a religious sect in the southeastern city of Daegu, died of COVID-19, according to the city government.

The man, who had a history of diabetes and high blood pressure, had been admitted and treated since Sunday.

Two clusters of infections -- of people related to Shincheonji Church of Jesus and at a hospital in the neighboring county of Cheongdo -- have continued to expand. (Yonhap)