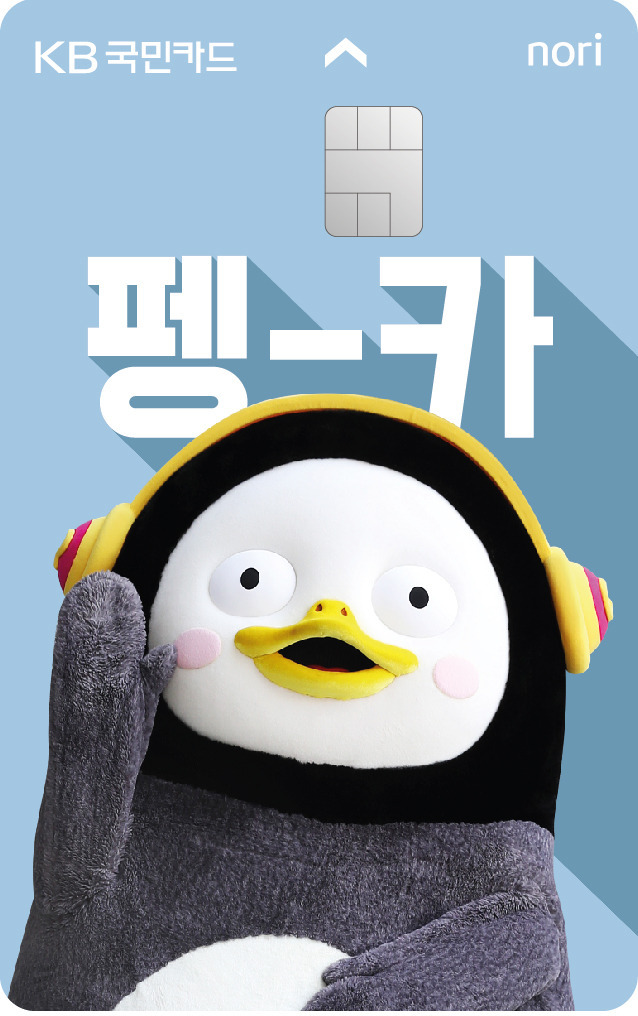 The newly launched card comes in two designs — one with Pengsoo saying “Peng-ca,” and the other with the character trying out different fashion items.

As part of its marketing efforts, KB Card will give out stickers of the character to the first 200,000 subscribers.

The new debit card comes with a range of benefits, such as discounts for mobile bills, movie tickets and amusement parks here.