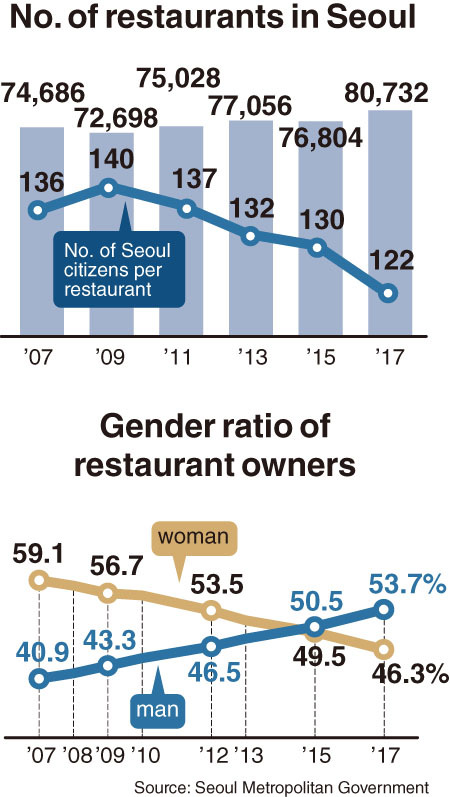 The already crowded restaurant business has continued to expand over the past several years, with restaurateurs accounting for 10 percent of all self-employed businesspeople, data from the Seoul Metropolitan Government showed.

Of all restaurant owners, 29.6 percent were in their 40s. Women in the business outnumbered men by 18.2 percentage points in 2007, but over the next 10 years the proportion flipped with 53.7 percent of the owners being men and 46.3 percent being women.

Of the businesses analyzed, 60.1 percent had just two to four employees. (khnews@heraldcorp.com)