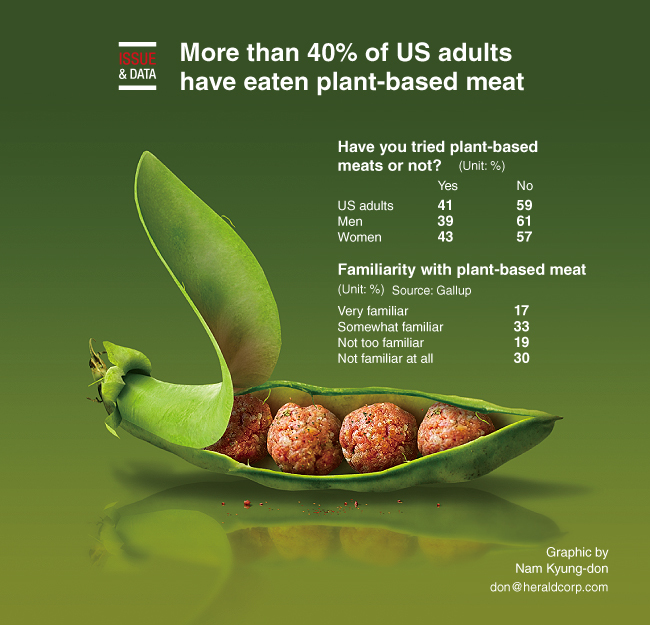 As restaurants nationwide add them to menus, plant-based “meats” are becoming increasingly popular in the United States - where more than 40 percent of adults have eaten them at least once, a new survey showed.

Gallup research said 41 percent have tried a plant-based meat - whether it be a substitute for beef or pork - and they are mostly among upper-income young adults and those living in American suburbs.

Plant-based meats are rising in popularity, with fast food chains like Burger King and McDonald's adding or testing them for their menus - and Gallup’s survey said most who have tried them would eat them again. (UPI)