The Berlin International Film Festival on Wednesday revealed this year’s lineup of films in competition, including Korean auteur Hong Sang-soo’s new “The Woman Who Ran.”

Hong will be competing for the Gold and Silver Bear prizes with 17 other titles from 17 countries, including Sally Potter’s “The Roads Not Taken,” Kelly Reichardt’s “First Cow,” Philippe Garrel’s “The Salt of Tears,” Rithy Panh’s “Irradiated,” and Silver Bear winner Christian Petzold’s “Undine.”

“The Woman Who Ran” tells the story of a married woman who, while her husband is away on a business trip, reconnects with three of her old friends from whom she had become estranged after marriage.

In announcing this year’s line-up, Artistic Director of the Berlinale Carlo Umberto Chatrian noted, “Hong’s topic is the human condition, how it is to be, to live, as expressed by how we communicate. ‘The Woman Who Ran’ is a beguiling, mysterious gem that again implies there are infinite worlds possible.” 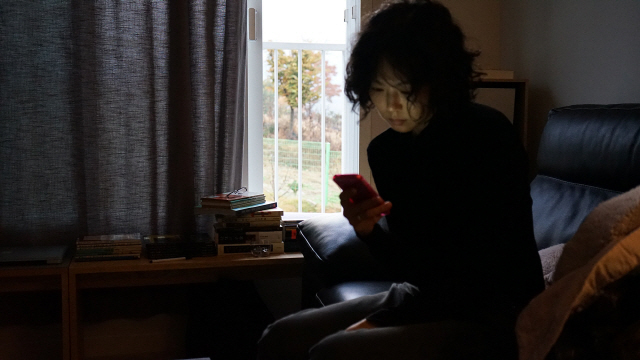 "The Woman Who Ran" (Berlin International Film Festival)
Hong, 59, debuted in 1997 with “The Day a Pig Fell Into the Well” and was invited to the Berlin film fest for the first time that year. The upcoming movie will be the director’s 24th feature.

Hong is making his fourth foray at the Berlinale with his upcoming movie, following “Night and Day,” “Nobody’s Daughter Haewon,” and “On the Beach at Night Alone.” With the last movie, actress Kim Min-hee won the Silver Bear for best actress in 2017.

Starting with “Right Now, Wrong Then” in 2015, Kim has starred in seven of Hong’s movies. The two stoked controversy with an extramarital affair in 2016 and the couple confirmed their relationship in March 2018 during a press conference. In June last year, Seoul Family Court rejected Hong’s filing for divorce after he failed to reach an agreement with his wife.

Following its world premiere at the Berlinale, “The Woman Who Ran” will hit local theaters in the first half of the year.

The Berlin International Film Festival is scheduled to kick off Feb. 20 and run until March 1. Korean thriller “Time to Hunt” by director Yoon Sung-hyun has also been invited to premiere in the festival’s special gala section, a forum to dedicated to screening popular and creative international titles.