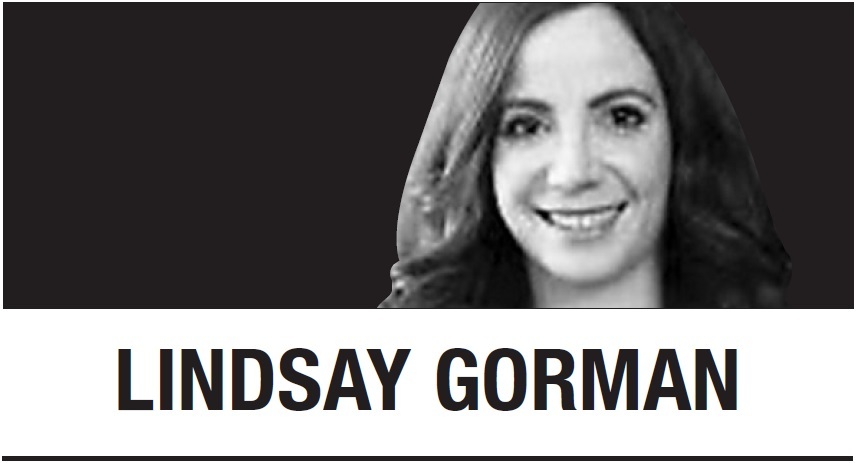 By many counts, the trade deal President Donald Trump signed on Jan. 15 with China lacks heft. It doesn’t remove all the tariffs, it doesn’t impose any major penalties on intellectual property theft, and it punts completely on issues including China’s state subsidies to prop up its own companies in international markets.

Yet on one matter, the agreement could dramatically alter the US-China relationship and the future of global democracy.

At the signing, Trump trumpeted a future of “harmony, prosperity and, really, commerce -- commerce and -- far beyond commerce, between the United States and China.” If he means it, the United States will make an enormous strategic error: treating this minor trade deal as reason for a closer relationship with Beijing and turning a blind eye to its unfolding atrocities.

This new cease-fire on trade should mark the beginning -- not the end -- of assertive, values-based engagement with China. Rather than seeking renewed harmony, Trump should put aside tariff squabbles and focus on the most important item on the US-China agenda: the Chinese Communist Party’s subversion of democracy and human rights worldwide, using both homegrown and Western technology to do it. A conciliatory course by the Trump administration now risks condoning China’s abuses.

China is in the midst of committing and concealing the largest-scale human rights atrocities in recent history. For all his bluster and economic disruption, Trump has left this reality wholly unchanged.

More than 1.5 million members of China’s ethnic Uighur population have been placed in concentration camps in China’s Western region of Xinjiang. The brutal abuse and imprisonment of Uighurs and other Muslim minorities is part of the government’s systematic effort to erase their culture. Women have reported sexual violence and rape, and family members have gone missing for months and years. Perpetrated by any nation, these atrocities should ignite global outrage.

But China isn’t any nation. It’s a high-tech superpower deeply embedded in the global economy. And as documented extensively by a variety of organizations including Freedom House and Human Rights Watch, China’s authoritarian government exploits economic ties and uses the technology it develops and acquires to control its own population and to extend its power abroad.

Some 63 countries and counting have bought Chinese-made artificial intelligence surveillance equipment. This technology has been deployed by the Chinese government to control the Uighurs through a sophisticated network of facial recognition cameras, GPS trackers, DNA checkpoints and online-behavior monitoring on a 24-hour basis.

Outside of Xinjiang, 200 million cameras watch China’s population. In some schools, children wear GPS and facial-recognition-enabled uniforms designed to keep them in line. And beyond China’s borders, its companies sell tracking and monitoring set-ups to authoritarian police forces worldwide. With these purchases comes training on how to identify threats by studying the gait of an individual in video camera frames, or through “public opinion guidance,” which uses artificial intelligence to monitor citizens’ speech. In short, this is the technological grounding for 21st century authoritarianism.

Much of the equipment for the Chinese surveillance state comes from global trade. And much is supplied by Western companies, including those based in the United States. Even in Xinjiang specifically, Western tech firms have had troubling ties. That’s why, in October, the Trump administration put 28 Chinese entities, including video surveillance and artificial intelligence companies, on its export blacklist. The restriction prohibits US firms from doing business with the companies building and operating the Xinjiang surveillance system.

Make no mistake. Decoupling the United States from China’s human rights abuses will have a disruptive and continuing impact on the global economy. Earlier this week, former Fed Chair Janet Yellen said she hoped there would not be a splintering of technology development globally.

Unfortunately, China’s own actions make a return to the post-trade-war status quo unlikely. In addition to its high-tech-driven human rights abuses, Beijing is working to undermine democracies worldwide using social media disinformation campaigns in Hong Kong and Taiwan, as well as through state-funded media beyond the Chinese-speaking world.

The new trade agreement will not resolve strains in the US-China relationship -- nor should it. This tension is grounded in the profound ideological differences between democracy and the Chinese Communist Party’s model of repression that it is disseminating around the world. If the United States treats this trade truce as a reset for the broader relationship, it would be tacitly accepting China’s abuses and its efforts to promote their spread.


Lindsay Gorman
Lindsay Gorman is the fellow for emerging technologies at the Alliance for Securing Democracy, an initiative housed at the German Marshall Fund of the United States. -- Ed.