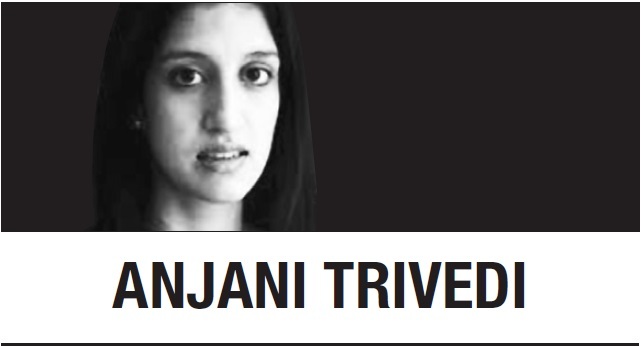 China is opening the deepest, darkest corner of its strained financial system to American financial institutions. It’s not clear why investors would want to go there, even with their eyes wide open.

As part of President Donald Trump’s “phase one” trade deal, China will allow US institutions to apply for asset management company licenses (beginning with the provinces), permitting them to acquire non-performing loans directly from Chinese banks. Previously, foreign investors could only operate in the secondary market to buy portfolios of four or more loans from Chinese asset management companies.

China needs the fresh capital. The mound of souring loans is growing and there are fewer ways to get rid of them. New investors are welcome. Banks have piled up nonperforming loans of more than 2.2 trillion yuan ($319 billion). China’s distressed-debt asset management companies -- better known as bad banks -- charged with resolving these loans are reaching saturation. The banks have slowed acquisition but the net balance of distressed-debt assets is still rising. Besides the big four national bad banks established in the 1990s to resolve a heap of bad loans, more than 50 provincial distressed-asset management companies were created over the past three years.

Seen as a potential solution to China’s soured debt problem, these provincial asset managers aren’t technically set up as financial institutions. That means they don’t have official capital requirements, giving more room to soak up troubled loans. They’re allowed to directly acquire packages of bad debt from banks in their province. For distressed assets in other provinces, they must go to the secondary market. They’re funded mainly by issuing bonds and notes.

Unsurprisingly, these provincial bad banks are contending with their own liquidity issues and face refinancing risks. That brings to mind last year’s market-rattling failure of Baoshang Bank, China’s first bank failure in decades. Can these institutions keep funding themselves as they take on more non-performing loans? What happens to the market when they can’t?

The quality of assets is also dubious. For bad debt, that’s saying something. One reason China has created so many provincial players is that nonperforming loans from regional banks have poured in faster as the economic slowdown hurts the hinterland more. Smaller city-level commercial banks suffered 78 percent growth in such loans at the end of the quarter ending in September from a year earlier. They now account for over a third of bad loans in the banking system and their share is rising. Some rural banks are officially reporting non-performing loan ratios as high as 4 percent compared to 1 percent to 2 percent at larger banks.

The trade deal states that US institutions should be treated “on a non-discriminatory basis” with Chinese competitors, but these are already tightly knit with local and regional governments and banks. Lenders have used the asset management companies to park non-performing loans. The National Audit Office said last year that some regional banks hid around 7.2 billion yuan of loans between 2016 and 2018. In Sichuan province, an asset management company controlled by a local government took on 168 million yuan of nonperforming loans. The relationships are potentially far too cozy for US players to crack, even if they get licenses.

Then, there is the looming question of creditors’ rights. The recent bankruptcy case of Dandong Port Group is a reminder that foreigners, let alone domestic creditors, won’t have it easy no matter what the law says.

If US institutions go in anyway, can they make money? Going by the experience of the current operators, it depends on how that’s defined. They have derived 30 percent to 50 percent of their income from managing distressed assets. The remainder includes a big chunk of so-called investment income. That means the asset management companies are doing more than just resolving bad loans and almost function as shadow banks. They generate fees by effectively acting as bad loan brokers, buying packages at auction and transferring them to investors. The risk-reward proposition is opaque.

Foreign investors in distressed assets made a killing in the last credit cycle two decades ago. This time won’t be so lucrative. In this sector, at least, Beijing looks like it will come out on top of Trump’s “big, beautiful monster” of a trade deal.