[Ferdinando Giugliano] Greece gets a dose of McKinsey management 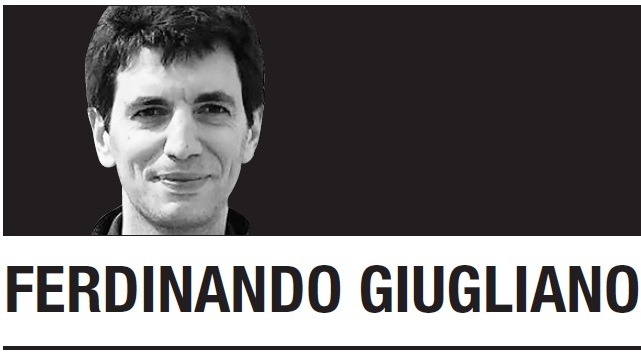 Since the euro crisis earlier this decade, Greece has been the sick man of the monetary union.

Athens has at times been in danger of crashing out of the single currency, despite three rescue programs and the restructuring of its sovereign debt. Last year the economy was still 24 percent smaller than it was in 2008. For a long time, it seemed that the best the eurozone could do was to keep propping up Greece to avoid an even bigger problem.

Hence it’s remarkable that Greece’s new prime minister, Kyriakos Mitsotakis, is now trying to turn around his country at breakneck speed. Should he succeed, it will be evidence of a classically right-wing economic agenda delivering where the populist leftism of his predecessors failed.

A former consultant at McKinsey & Co., Mitsotakis has given all of his Cabinet members a blue envelope containing the reforms he expects them to achieve; or else he will strip them of their powers. Greece faces enormous difficulties -- from towering debt to deep poverty -- but investors are warming up to Athens. The Greek stock market is up nearly 50 percent this year, and is on course to be the world’s best performer.

Mitsotakis stormed to victory in July with a business-friendly, but level-headed economic program. That was already a small revolution. In 2015, Greece picked Alexis Tsipras of the left-wing Syriza as prime minister, in spite of his impossible promise of reworking the terms of Greece’s third bailout package. When Tsipras failed to deliver -- forcing a new, unnecessary recession on his country -- voters backed him again. It’s encouraging to see a nation that experienced populism choosing to reject it.

The new prime minister has vowed to relaunch Greece’s economy by attracting foreign money. The country’s savings ratio is low, so it needs to look abroad for capital to support hiring and investment. Mitsotakis has capped government spending and used the savings to cut corporation tax from 28 percent to 24 percent, while also reducing dividend taxes. These are traditional right-of-center gambits to foster growth, but they’re also part of showing the world that Greece has really changed. Athens still wants to convince its international creditors to lower its fiscal targets, but only after proving that its economic strategy is actually producing.

The government is pressing ahead too with unpopular reforms. It wants to change the country’s byzantine insolvency regime, which make it harder for creditors to repossess collateral. This is essential to letting banks reduce their mountain of bad loans -- now exceeding 40 percent of total loans, according to Bank of Greece data. Athens also intends to reform housing tax to raise more revenue from valuable houses that have been treated as farm land.

Such reforms are bound to create discontent among people who are evicted or who’ll pay higher taxes. Yet the government believes it can count on voter backing: Mitsotakis won a majority in the election, and support for his New Democracy party remains high.

The prime minister isn’t immune to populist flights of fancy himself. He’s talking of a 4 percent growth rate for 2021, which even some advisers concede is wildly optimistic. He has also set a target of 100 billion euros ($110 billion) in foreign direct investment within four years.

In fairness, some privatization programs, including the sale of a 30 percent stake in Athens International Airport, are attracting heavy foreign interest. The Hellenikon Project, a sweeping regeneration program on the land of the former Athens airport, is also back on track after being blocked by Tsipras’s administration. Still, Greece attracted just 10 billion euros of net foreign investment between 2015 and 2018, according to Bank of Greece figures, so the new target is extremely ambitious

While in opposition, Mitsotakis opposed one of Tsipras’s rare political achievements: a peace agreement with North Macedonia. He now says he’ll respect the deal, and that he will lobby the European Union to reopen the neighboring country’s EU accession talks. These stalled after opposition from France’s president Emmanuel Macron.

Greece could do with more of this pragmatism. For the past four years it has been stuck in a pointless ideological dispute between Syriza and its opponents, which has poisoned politics and delayed recovery. A dose of management consultant neutrality should be an easier sell to investors. Now it’s up to Mitsotakis to turn his McKinsey-style slides into something lasting for the Greek people.