[Conor Sen] Soccer is the future of sports in America 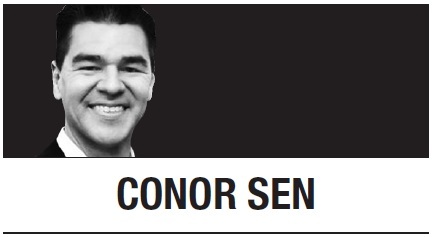 If you’re in the business of professional sports right now, the fundamentals are cause for concern. Attendance is falling, even in the midst of a strong economy. Perhaps some of that decline can be attributed to the improvement in high-definition broadcasting and the prevalence of large flat-screen televisions, which make watching at home a much better experience than in the past.

But that wouldn’t explain why TV ratings this season for the National Basketball Association have fallen by double digits, although that might, in part, reflect the continuing declining in the number of subscribers to the cable bundle. Major League Baseball, meanwhile, is looking to eliminate almost a quarter of its minor league franchises, many of which are in declining or rural communities. Just about the only bright spot on the sports landscape is Major League Soccer, where prospective investors are paying ever-higher fees for the opportunity to get in on the one sport where there’s real growth in North America.

Before anyone gets too excited, it’s important to note that compared to either the National Football League or the big European soccer leagues, MLS is still in the minor leagues when it comes to revenue. Last year, the NFL grossed more than $16 billion. MLS is in the neighborhood of about $1 billion, with the average team pulling in about $30 million, or roughly 10 percent as much as the average club in the English Premier League.

Despite this backdrop, expansion fees -- the price new ownership groups are paying to join MLS -- are soaring. Earlier this week, MLS said that a group paid a record $325 million to win the rights to a team in Charlotte, North Carolina, becoming the 30th team in the league. This compares to the $70 million fee that Atlanta United paid five years ago.

So what explains the gold rush? Even if attendance and TV ratings for sports are falling, there are a host of reasons that would-be ownership groups are willing to bet on the fortunes of soccer in the US.

The first is that pro soccer probably has the potential for more revenue growth in the US than other sports leagues. Maybe MLS will never be as big as the NFL or the English Premier League, but given the changing demographics in the US, with young people showing more interest in soccer than older people, it seems inevitable that soccer’s popularity and revenues will start catching up with other more lucrative sports leagues.

The second is to consider what can happen to a well-managed new MLS franchise. In 2017, Atlanta United entered the MLS in a city that can be a tough sell for pro sports. Yet the team quickly led the league in attendance, playing in front of NFL-size crowds several times a year, and won the MLS Cup final in its second season in the league. Forbes now says it’s the most valuable team in the league, with a value of $500 million -- still a far cry from NFL valuations, where the average team is worth close to $3 billion, but it shows that there’s momentum. Prospective ownership groups now have a data point showing that big-time fan interest and revenue growth justify higher prices for those that want to join the MLS.

The third is that there are a dwindling number of potential expansion cities. Major League Baseball and the NBA each have 30 teams (although some cities have more than one team for the respective sports). The NFL has 32 teams. Before Charlotte was announced as the 30th team in the MLS, there was a sense that the window to land an expansion team was closing. If Charlotte hadn’t offered an aggressive bid, it may well have lost out to Phoenix, Las Vegas, Detroit, Raleigh, North Carolina, or any of a handful of other major cities that have yet to gain a team.

There’s also the promise that the 2026 World Cup set to be held in North America will be a catalyst for a new phase of growth in US soccer, particularly as millennials become parents of kids who may learn to love and play the game.

Last, it’s worth noting how different the league’s geographic footprint is compared to that of baseball, sometimes still referred to as America’s pastime. A third of MLB franchises are in the Midwest, and four of those cities -- Milwaukee, Cleveland, Detroit and Pittsburgh -- don’t have MLS franchises. Neither do Indianapolis or Buffalo, New York, two other metro areas that have multiple pro sports franchises. Meanwhile, MLS will have teams entering the league in the next few years in Austin, Texas; Nashville, Tennessee; and Charlotte, cities where Major League Baseball is absent. Based on geography, this suggests that baseball represents America’s past while soccer reflects its future.