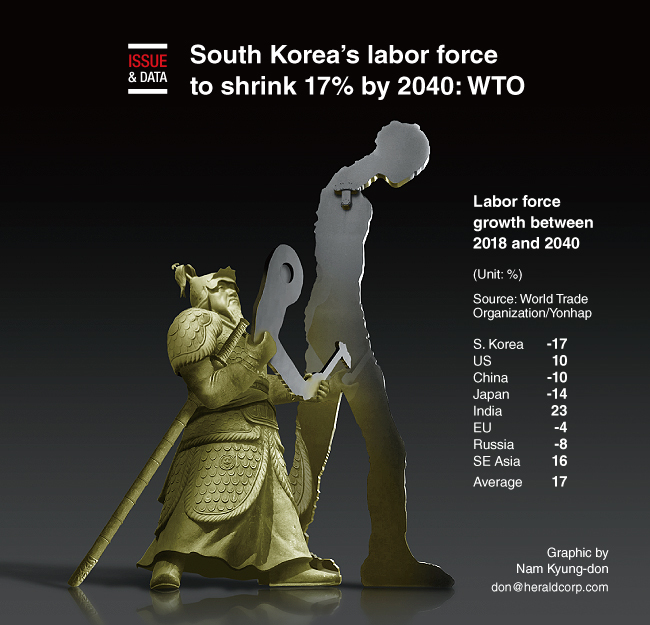 South Korea’s labor force is projected to decline 17 percent by 2040, a report showed, a development that could undermine the potential growth of Asia’s fourth-largest economy.

The report from the World Trade Organization showed that Korea’s labor force faces the steepest decline in the world between 2018 and 2040. The corresponding figure for both Japan and China, whose labor forces are also expected to contract, was 14 percent.

The report said the US labor force can be expected to expand 10 percent during the cited period, while Southeast Asia’s could grow 16 percent. (Yonhap)