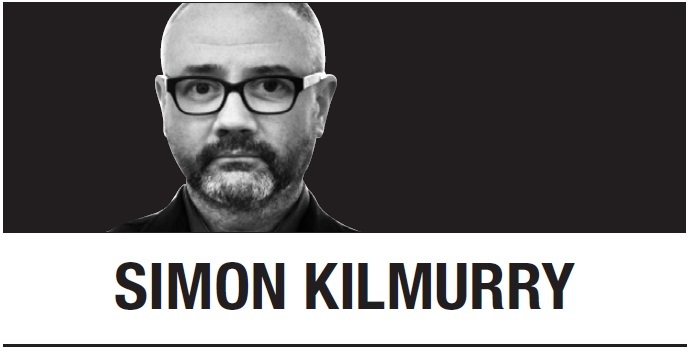 Social media are indispensable to many foreign documentary filmmakers. They are the way they connect with the subjects of their films, research the stories they are telling and share their work with global audiences. But the Trump administration’s new visa application requirements are now leaving these filmmakers with little choice but to censor their online speech if they ever want to be able to present their films in person to US audiences.

To stop this dangerous and unconstitutional overreach, the International Documentary Association and Doc Society filed suit on Dec. 5 against the State Department and the Department of Homeland Security on behalf of more than 2,700 filmmakers from 53 countries.

The new rules issued earlier this year by the State Department as part of the administration’s “extreme vetting” program require almost everyone applying for a US visa to disclose all social media handles they’ve used in the past five years on some 20 platforms, including YouTube, Twitter and Facebook, as well as China’s massively popular Weibo and Russia’s VK. They enable the US government to vacuum up public posts, pictures and other personal details of roughly 15 million people each year, including artists, activists and dissidents worldwide.

The Department of Homeland Security has also proposed requiring the disclosure of these social media identifiers on a number of its own immigration and travel forms, though these proposed rules have not yet taken effect. Recent changes to records policies indicate that the Department of Homeland Security will retain the social media information collected through these channels for 100 years, at which point it will be transferred to the National Archives and Records Administration and kept indefinitely.

These new policies infringe upon foreign filmmakers’ freedom of expression, and they also interfere with Americans’ ability to engage with a diverse set of thinkers and creators from around the world.

Many of the filmmakers, who are invited to the US to participate in screenings and industry events, pursue their work at immense risk to themselves and their families. They tackle the most pressing issues of the day, from government and corporate malfeasance, immigration and the environment to matters of war and peace. Without their efforts, many important stories would go untold. These filmmakers not only create art, but also advocate for justice and free expression around the world and hold the powerful to account.

Compelling filmmakers and other visa applicants to expose their social media accounts to government scrutiny deters them from speaking out and connecting with others on social media. This is particularly true for filmmakers who have to use pseudonyms on social media to evade their repressive governments and other forces seeking to silence them. The State Department’s new rules will take away their online anonymity and make their jobs all the more perilous.

The threat of retaliation isn’t just theoretical. Existing policies and intergovernmental agreements allow for the disclosure of US visa applicants’ information to foreign governments. The Saudi government, a cozy friend of the Trump administration, has repeatedly targeted online critics. A United Nations report recently documented evidence that a senior adviser responsible for the Saudi crown prince’s social media communications has directed a campaign targeting activists and political opponents online -- even threatening those who attempted to conceal their online identities, tweeting that a pseudonym would not protect them from “#the black_list.” And in April, Myanmar authorities arrested Burmese filmmaker Min Htin Ko Ko Gyi after he published Facebook posts expressing concern about the military-drafted 2008 constitution. He was subsequently sentenced to a year’s hard labor.

There is no justification for subjecting foreign filmmakers to these harms. The US government already puts these filmmakers -- along with millions of other visa applicants from countries like Brazil, Poland, India and Nigeria -- through an incredibly thorough application process. Before they even set foot on US soil, they’re required to provide meticulous documentation for why they’re traveling, whom they’ll visit, where they’ll stay and how they’ll pay for it. Even then, consular officers at embassies worldwide have wide discretion to deny visas to filmmakers and other artists who wish to enter the country.

Moreover, we already know that social media are an unproven and unreliable means of vetting. In 2017, after reviewing a number of pilot programs for vetting foreign nationals via social media, the Department of Homeland Security’s inspector general concluded that these programs failed to measure their own effectiveness and did not justify expanding the practice. Other internal assessments of the programs showed that officials found them ill suited to identify national security threats.

So where does that leave our filmmakers? Either they stifle their speech online or they choose not to come to the US to share their work. Either choice deprives American audiences the opportunity to hear new ideas and engage with original contributions to artistic and political discourse.

Maybe that’s the point. President Trump has relentlessly attacked and threatened people who criticize him. Now his administration is creating a sprawling social media surveillance scheme that will mute dissent in other countries around the world.


Simon Kilmurry
Simon Kilmurry is executive director of the International Documentary Association. He wrote this for the Los Angeles Times. -- Ed.