By Korea Herald
Published : Dec 5, 2019 - 17:22       Updated : Dec 5, 2019 - 17:22
Nursing hospitals get asked most frequently about the amount charged for hospitalization fees. The reason appears to be that the patient’s children usually pay for the hospitalization fees. If the patients themselves pay the fees, they might ask about hospital facilities or services rather than costs. As the patient’s children bear the cost for the most part, the inquiry about the fees remains the top priority.

Simply put, bills for nursing hospitals are specified under the comprehensive payment system that is stipulated under the law. This payment system refers to a policy that certain medical fees to be paid to medical institutions are fixed in advance based on the illnesses in question, regardless of the type of medical service or the volume of treatment.

But the cost for nursing hospitals ranges between 800,000 won and 2 million won per month. The reason lies in the fact that certain items are not covered by the comprehensive payment system. The items include caregiver service and adult diapers. This results in additional fees that are not covered by medical insurance.

Some claim that treatment cost varies from hospital to hospital, but there is little difference when it comes to payment. The only difference comes from those uninsured items such as caregiver service and adult diapers. Lower fees, therefore, mean that fewer uninsured items are supplied. The overall costs differ in accordance with the location or facility levels, but there is no difference in hospital fees.

When choosing a nursing hospital, it is important to check its size (more than 200 beds), the facility level and the qualification of staff regarding medical ethics. Many nursing hospitals are said to struggle with losses, largely because they are underpaid by the insurance system. This is why some nursing hospitals are pushed to rely on uninsured items to shore up their balance sheets. It is a sad reality that hospitals run by honest staff remain in the red and often face unfair criticism that their fees are “expensive.” 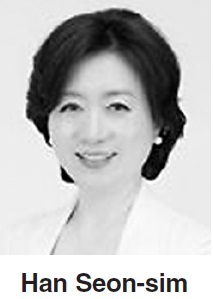