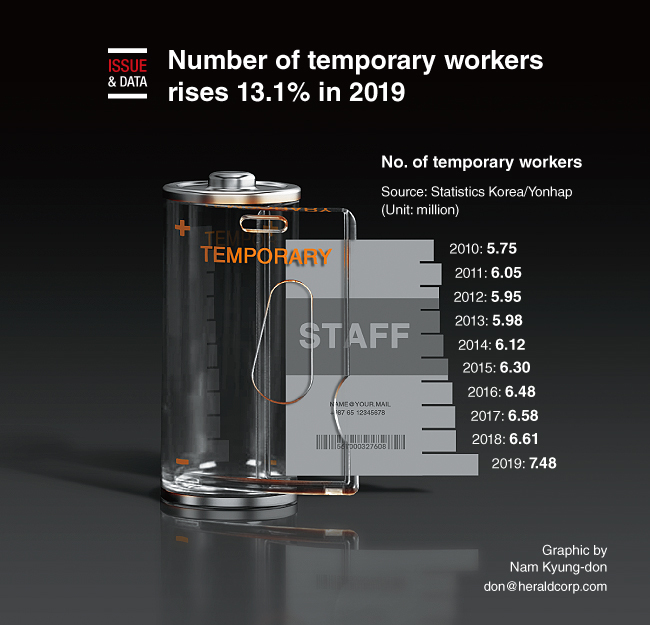 The number of temporary workers in South Korea rose 13.1 percent on-year this year, with such positions also accounting for a rising percentage of the total, government data showed.

A total of 7.48 million workers were nonregular workers, part-timers or outsourced laborers as of August 2019, up about 870,000 from a year ago, according to the data from Statistics Korea.

They accounted for 36.4 percent of the country’s 20.55 million salaried employees.

In 2018, temporary workers accounted for 33 percent of the nation’s 20.04 million salaried employees, according to the data. (Yonhap)