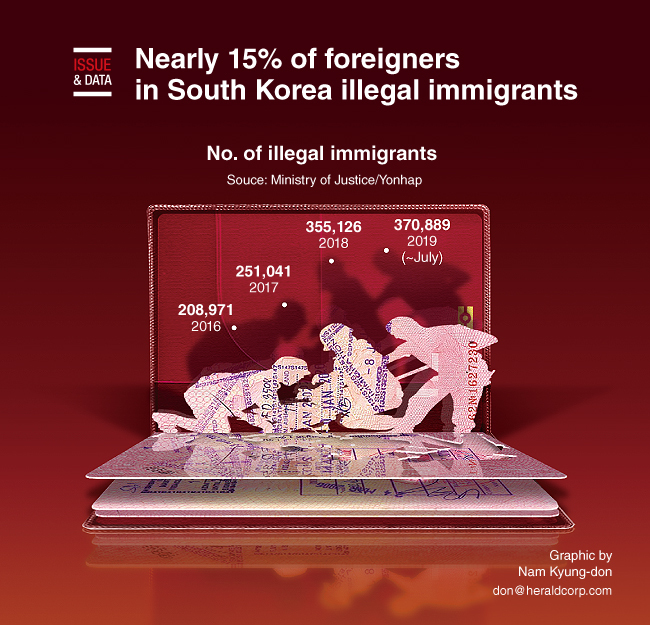 About 15 percent of the foreign residents in South Korea are undocumented immigrants, with Thais forming the biggest national group, a report showed.

A total of 370,889 foreigners were staying in South Korea without permission as of July, 15 percent of the entire population of foreign nationals residing in the country, according to a report by the Ministry of Justice, submitted to Rep. Lee Eun-jae of the Liberty Korea Party.

Of the undocumented foreigners, the number of Thai residents reached 140,000, accounting for nearly 40 percent of those staying in South Korea without a valid visa. (Yonhap)