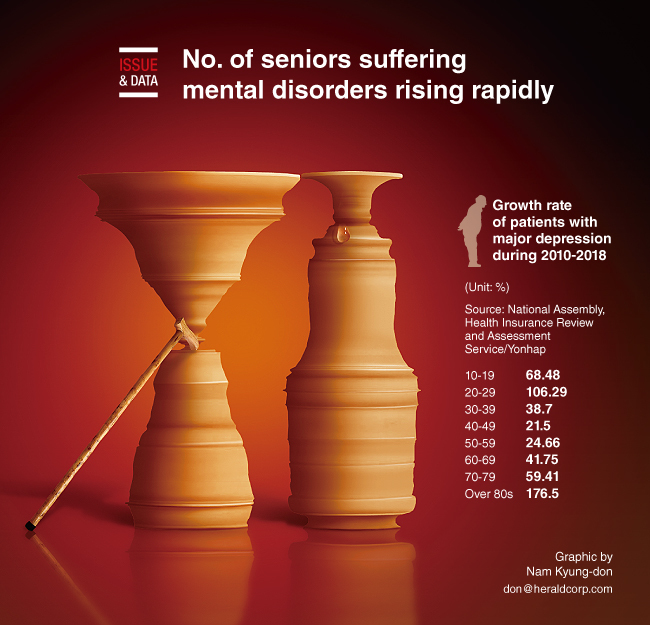 The number of elderly South Koreans with mental health issues has risen sharply in recent years, as the country scrambles to provide better health care for its people, a report showed.

In the report to the National Assembly, the Health Insurance Review and Assessment Service said that in the 2010-2018 period, the number of people over 80 afflicted with major depression surged 176.5 percent, with the figure for those in their 70s increasing 59.4 percent.

As of last year, roughly 40 percent of the 684,000 people medically diagnosed with severe depression were over 60, with the recurrence rate for such disorders hitting 50 percent for seniors, much higher than those in middle age, the report showed. (Yonhap)