By Shin Ji-hye
Published : Sept 23, 2019 - 15:56       Updated : Sept 23, 2019 - 15:58
Doosan Heavy Industries’ high dependence on nuclear and fossil fuel power has led to serious financial troubles, and it is time for the firm to undergo a forensic audit, as its financial results raise important fiduciary questions, according to a US-based energy economics institute on Monday. 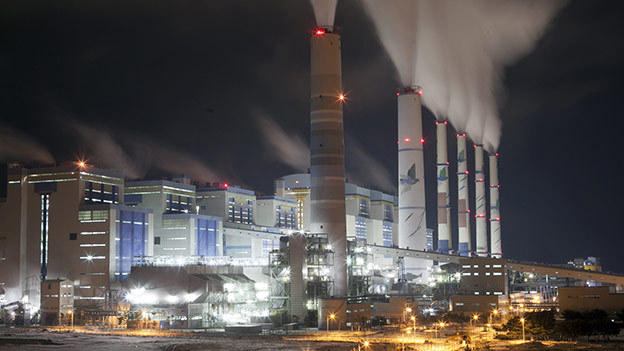 “The past five years have been dire for its shareholders and the stock prices of the firm have fallen 74.8 percent,” said Melissa Brown, director of energy finance studies at the Institute for Energy Economics and Financial Analysis, in its report titled “Doosan Heavy -- Time for a Forensic Audit.” Brown is a former securities analyst at JP Morgan and Citigroup.

The IEEFA conducts research and analyses on financial and economic issues related to energy and the environment. The institute has published several reports on Korea’s energy policies, but it is considered unusual for a report to specifically target a private company.

Last year, it published a report that said Korea was lagging behind trends in renewable energy and the Korea Development Bank was reluctant to turn its back on high climate-risk funding opportunities, including two coal-fired projects in Indonesia and Australia with an estimated value of $251 million.

“The company’s financial health has remained inextricably linked to a high-risk pipeline of domestic and developing market fossil fuel projects,” said Brown, the author of the report on Doosan Heavy Industries, citing that the company has lacked profit since 2013. Doosan Heavy’s fossil fuel projects account for around 70 percent of its total business.

The report said Doosan Heavy Industries’ high dependence on fossil fuel power results in a dramatic re-rating, as the market has shrunk and competition for projects in Southeast Asia and the Middle East is becoming fiercer with North Asian rivals, such as Chinese and Japanese equipment providers.

“Over the past five years, the company has had three different auditors -- Ernst & Young Han Young, Deloitte Korea and Samjong KPMG. This alone may give customers, lenders and investors reason to examine the audited accounts to understand any new issues,” the report said.

“The careful wording of the audited accounts signals that the company may be close to the boundaries of international accounting standards. This should be of concern to South Korea’s top financial regulator, the Financial Supervisory Service as well as leading domestic and global lenders,” Brown said.

Doosan Heavy Industries was not immediately available for comment in response to the report.

The company is not the only one facing setbacks overseas due to growing concerns about the environment.

Last week, the Australian government decided not to give the state-run Korea Electric Power Corp. development permits for its Bylong Valley coal mine for reasons of environmental protection. Kepco had purchased the mine in 2010 for 400 million Australian dollars ($2.7 billion), with the plan of producing 3.5 million tons of coal from 2021.