SK Telecom, the country’s biggest mobile carrier, said it has been included on the Dow Jones Sustainability World Index for the 12th consecutive year. The telecom giant’s record marks the longest period on the index among Korean businesses and the first among Asian carriers, it said.

This year, the Korean telco was recognized for the competitiveness of its 5G network services, growth strategy centering on new information and communication technology and efforts to create social value out of ICT. 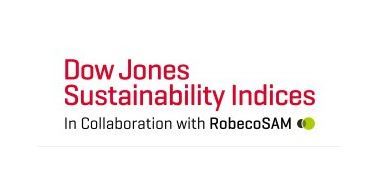 Eight other global mobile carriers made it to the index, including Deutsche Telekom, KPN, NTT Docomo and Taiwan Mobile.

Known as the DJSI, the Dow Jones Sustainability Indices are best-in-class benchmarks for investors, providing them with information about companies’ sustainable business practices that are reflected in their investment portfolios.

Launched in 1999, the set of indexes was the world’s first sustainable benchmark tracking stock performances of the world’s leading companies across 61 industries in terms of economic, environmental and social criteria.

Entering the World index means that a company is among the top 10 percent of best-performing players in a particular industry.

As of 2018, a total of 20 Korean businesses were on the World index and 35 on the DJSI Asia Pacific.

LG Electronics has been included on the World index for the eighth consecutive year, the company said. The tech giant was also selected as the world’s best business in the field of home and leisure electronics for the sixth straight year.

KB Financial Group said the institution is on the World index for the fourth year.

Meanwhile, Hyundai Motor also made its first entry to the DJSI Korea index, which assessed the company’s goal of long-term sustainable management and the financial value of its nonfinancial assets, such as its grade in the carbon disclosure project. The Korean carmaker received the highest grade of “Leadership A” from the CDP, demonstrating its efforts to pursue sustainable management in the category of the environment.

The Korea index was developed in 2009 exclusively for Korean businesses. By Song Su-hyun (song@heraldcorp.com)