The consultative group will work together to back Korean companies that seek to acquire foreign companies or invest in overseas facilities in order to improve competitiveness. This is in line with the government’s efforts to double down on technological independence in response to Japan’s export curbs. 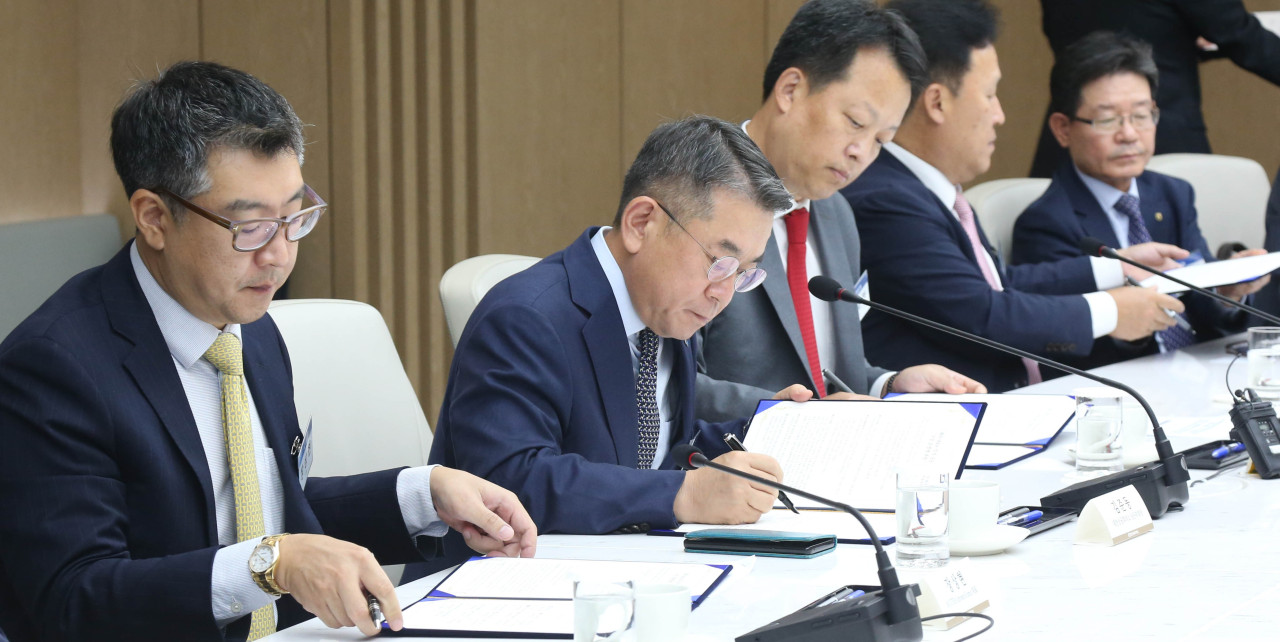 Fourteen business associations and financial institutions, including the Korea Chamber of Commerce & Industry and the Korea Development Bank, held a ceremony to mark the agreement on Tuesday.

“The portion of global M&As has so far been low for the nation’s economic scale. With the launch of the group, we expect to see more Korean companies acquiring (promising) foreign companies,” said KCCI Vice Chairman Kim Jun-dong during the ceremony.

“We will help Korean companies promptly secure technology competence in parts, materials and equipment,” he added.

Business associations -- including the KCCI, the Korea Semiconductor Industry Association, the Korea Trade-Investment Promotion Agency and the Korea Federation of Small and Medium Business -- will discover Korean companies intending to acquire foreign companies with original technologies.

Meanwhile, financial institutions, such as the KDB and Nonghyup Bank, will provide financial support to help Korean companies buy international companies and invest in facilities, according to the KCCI.

The KCCI and the KDB will be in charge of the operation and practical affairs of the consultative group.

On the same day, President Moon Jae-in said at a Cabinet meeting, “Strengthening industrial competence in parts, materials and equipment is a strategic task to become an economic powerhouse.” He urged industries to speed up the independence of key technologies amid a continuing trade dispute with Japan.

This month, the Ministry of Trade, Industry and Energy is set to start executing a supplementary budget of 2.4 trillion won ($2 billion) in an effort to enhance the independence of the Korean parts, materials and equipment industries.