A green bond is specifically earmarked to be used for climate and environmental projects. 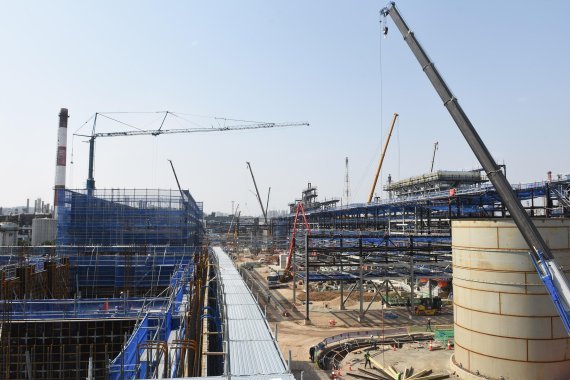 The company said it will issue green bonds worth 300 billion won ($251 million) on Sept. 26 and may increase the amount to 500 billion won later. The conditions of issuance will be determined after conducting demand forecasting on Sept. 18.

The demand for low-sulfur fuel oil is expected to rise next year as the International Maritime Organization has ruled that from January 2020 ships will have to use fuel with a maximum of 0.5 percent sulfur content, down from the current 3.5 percent in response to heightening environmental concerns and growing harmful emissions from ships.

SK Energy plans to produce 40,000 barrels of low-sulfur fuel oil per day from next year, forecasting it will generate profits of between 200 billion won to 300 billion won every year.