SKT T1 bagged its eighth LoL Championship Korea finals win on Saturday at the LCK Summer 2019 playoff at Korea University Hwajeong Gymnasium, beating Griffin 3-1 and setting record as the team with the most number of LCK champion title.

Griffin became three-times consecutive runner-up, also a record, but with a bitter taste in mouth as it was the top ranking team in summer season's regular league. SKT T1, on the other hand, had been fourth ranking team but shot up to the finals through the wild card way and took home the trophy. Griffin had also lost 3-0 to SKT T1 in LCK Spring 2019.

E-sports pundits say this match broke the jinx that in the case of LCK Summer, it's always the regular season's best performing team that wins in the finals.

In the system where the first team to win three games out of five takes home the trophy, SKT T1 won the first two games but conceded one to Griffin in the third game, before bagging another win in the fourth game and ending the event one game early.

SKT T1's coach Kim Jeong-gyun (retired, “kkOma”), said in his speech after the win that he had trusted his team would win all along.

"Our summer season results put fans to worry, but we regret that our beloved fans had waned trust on us. We had actually been playing well, and we knew we would win in the finals," Kim said.

SKT T1's top-laner "Khan" Kim Dong-ha was the MVP of the game, amassing the most number of kills and defending the line for his team.

Kim said, "Every time my team wins I feel I'm acknowledged as a professional." 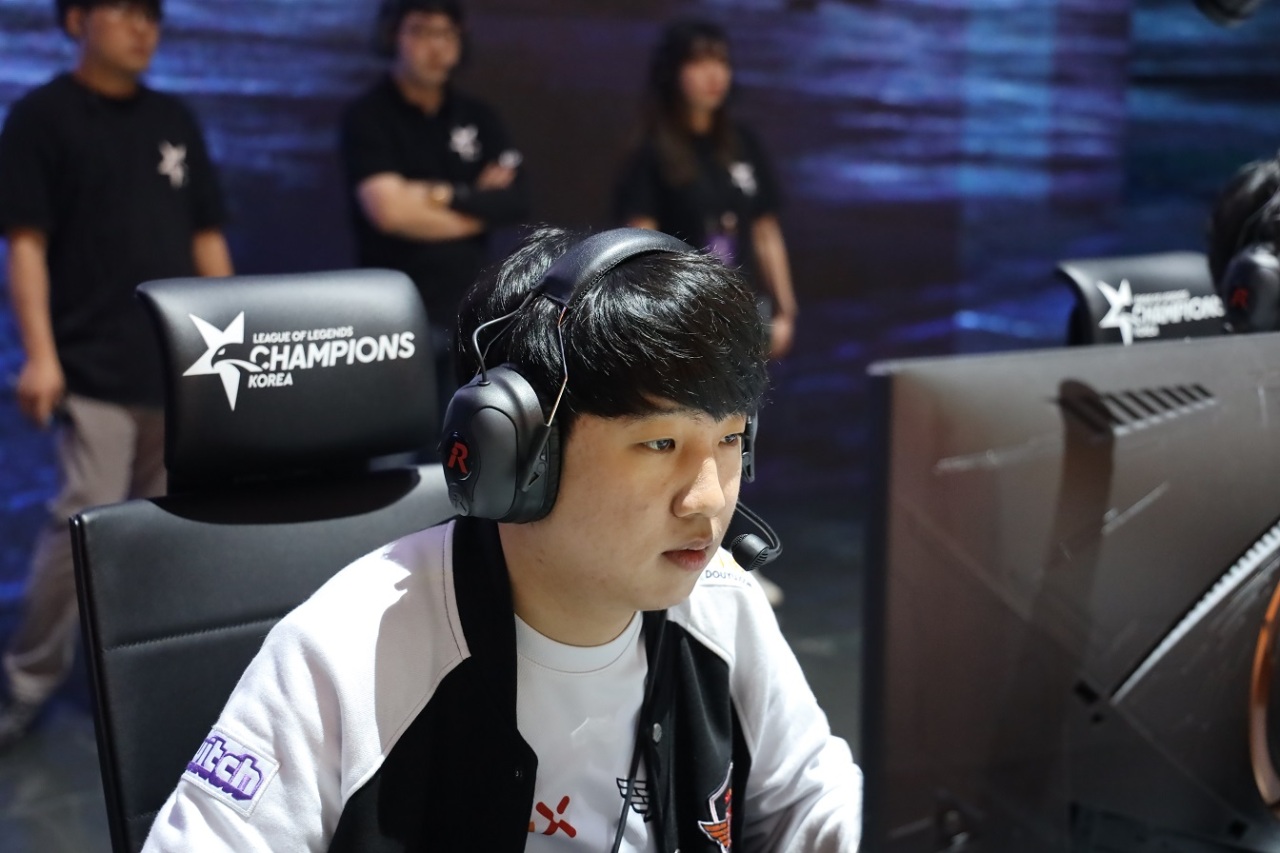 When asked by the emcee how he would feel if SKT T1 won in the upcoming LoL World Championship games slated for October 2 to November 10, Kim said, "If I don't cry I would hit my eyes with my fist to force out tears."

The enthusiasm for League of Legends e-sports was deeply felt on Saturday as the 3,500 seats at Hwajeong Stadium filled up with fans cheering and moaning at every fall of a turret or a dragon or a champion.

Over 65,000 people livestreamed simultaenously through Twitch and over 100,000 people through YouTube, as well as through the Korean telecommunication companies SK Telecom, KT and LG Uplus' e-sports livestreaming platforms.

From 2019, Riot Games is broadcasting the biannual LCK championships on its own, independently from its former broadcaster partners OGN and Spotv.