This year, the “K-food Fair,” which is organized by the Korea Agro-Fisheries & Food Trade Corp. (also dubbed aT) and the Ministry of Agriculture, Food and Rural Affairs, targeted seven venues in Asia, Europe and the US.

According to aT, more than 270 Korean companies are scheduled to participate in the fairs in seven locations, collectively, throughout the year.

Events in China, France, the US and Indonesia have gone successfully, but the state-run agency has faced a hurdle ahead of the fair in the fifth venue, Tokyo, amid the trade war between South Korea and Japan.

A total of 50 food-oriented companies were destined to participate in the K-food Fair 2019 at Sinagawa Hotel in Tokyo, which is slated for Sept. 4-5.
“We, internally, had considered delaying (the fair). But, ultimately, we are continuing to prepare” said an official from the aT headquarters in Naju, South Jeolla Province.

Noting that the agency had already invited a group of Japanese buyers in coordination with the Korean embassy to Japan, she specified that the agency’s internal consensus was “a cancellation could have a negative effect (on future fairs or food export contracts), when the long-term is taken into consideration.”

While the Tokyo fair is a B2B event, where Korean food producers may clinch trade contracts with Japanese companies, the ongoing political and economic disputes between the two countries could undermine buyer or exporter confidence due to uncertainty.

The aT official said some of the 50 Korean companies expressed their willingness to withdraw their participation after the bilateral trade dispute came to the fore. She added that those, who retracted participation, are re-enrolled as “candidate participants” in the entry at the current stage.

The official’s remarks suggest that some of the 50 might eventually pull out of the fair in Japan unless there is diplomatic progress between Seoul and Tokyo in the coming weeks.

Those companies include both conglomerates and small-and mid-sized enterprises. Items to be showcased include Korean traditional seasonings, liquors, instant noodles and processed farm foods.

The fair will offer demonstrations, consultations and networking opportunities. Companies will be matched based on their needs, creating opportunities for future business, according to the aT.

“Korea’s agricultural sector has been suffering a chronic deficit in trade for the past few years. As K-food fairs could be a breakthrough to resolve the trade imbalance, so the Tokyo event is welcome despite the trade war,” said an analyst in Seoul.

But he raised the possibility that contract performance in Tokyo next month could be worse-than-expected should the deadlock between the two countries continue.

Japan is the biggest buyer of farm products from South Korea’s Gangwon Province.

According to the Agriculture Ministry of Agriculture, K-food Fair 2019 held in Paris in June attracted many European consumers and retailers. 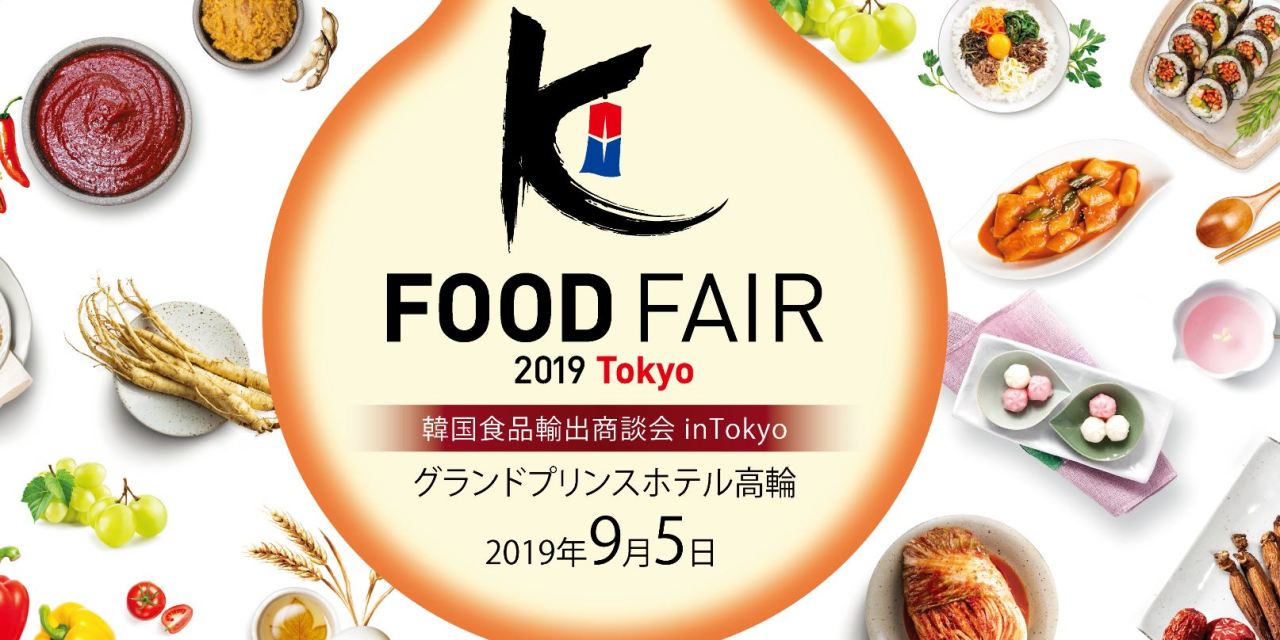 A ministry spokesman said that 21 Korean producers participated in the fair in France and signed export contracts worth $17 million. “For the on-the-spot buyers, there were 40 companies from 10 countries across the European continent.”

Among popular items were makgeolli (an alcoholic drink made with rice), ginseng, kimchi, kimchijeon (kimchi pancakes) and tteokbokki (rice cakes in spicy sauce).

A beverage made from omija -- a berry produced in regions such as Mungyeong, North Gyeongsang Province, was also popular among buyers.