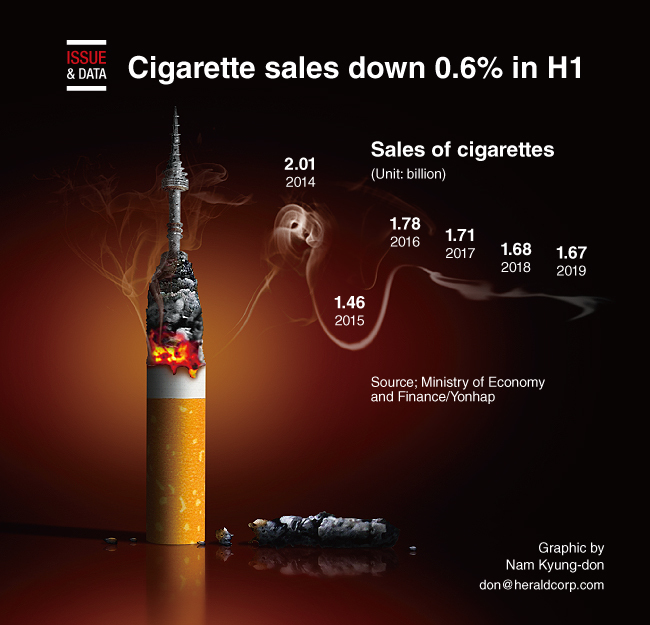 Sales of cigarettes in South Korea edged down 0.6 percent in the first half of 2019 from a year prior, data showed, amid an anti-smoking campaign and higher prices.

South Korean smokers purchased 1.67 billion 20-cigarette packs in the January-June period, compared to 1.68 billion packs in the same period last year, according to data compiled by the Ministry of Economy and Finance.