[Nisha Gopalan] If Masayoshi Son won’t invest in Japan, why should you? 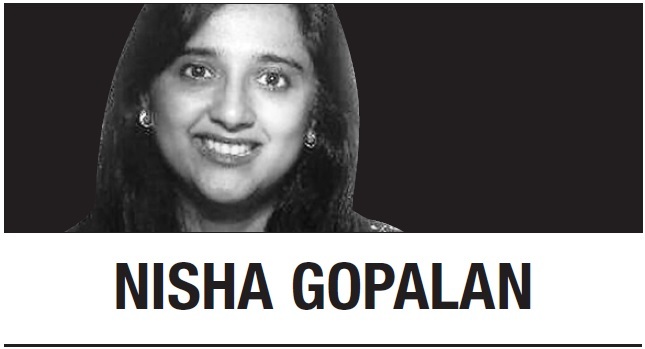 Softbank Group’s Vision Fund has invested its $100 billion cash pile in 75 unicorns around the world. Not a single one is from Japan, its own backyard.

That may be because the pickings are slim: While the US has 179 unicorns (private startups valued over $1 billion), China 93 and India 18, Japan has just two, according to CB Insights. How can a country that pioneered the Walkman and android robots fail to produce more valuable startups? The explanation may be somewhat arcane, but helps get to the bottom of a damaging cycle that’s left Japan with an uninspiring pool of fledgling innovators.

The listing standards for the small-cap Tokyo Stock Exchange Mothers Index are exceedingly low. To join Nasdaq, its New York counterpart, companies need a minimum of 1.25 million traded shares upon listing. That compares with just 2,000 for Mothers. This short hurdle, among others, means young, cash-hungry firms can tap public markets pretty easily, and sidestep the grinding process of courting investors through multiple rounds of funding.

The trouble is, size begets size. The bigger a company at listing, the greater the likelihood of attracting large chunks of institutional money and growing still larger. It pays to be patient.

What’s left is an index stuffed with unreliable runts: 96 percent of Mothers’ 283 components have a valuation of less than $1 billion, compared to roughly one-third for Nasdaq. The Japanese index was notorious for its scandal-studded constituents in the past, and remains volatile.

With few appealing options, the likes of Masayoshi Son take their venture capital dollars elsewhere. But the bigger the funding vacuum, the greater the incentive startups have to list early and small. And so the cycle continues.

There are cultural challenges to Japanese innovation, too. Attracting young graduates to unsteady jobs can be a tough sell: Many would rather join Toyota Motor or other established firms. Japanese founders also have a reputation for crippling timidity when asking for money, unlike their brazen rivals in Silicon Valley.

That’s not to say that startup activity has plateaued. Venture funding hit a record $3.5 billion last year, though that’s a shadow of levels in the US and China, which both top out at more than $100 billion. This year, the Mothers index is up around 20 percent in local currency terms, outperforming the 9 percent gain for the benchmark Topix index, and initial public offering volumes reached a high last year.

But even Hori, whose firm backed Mercari and Sansan, said that there’s still not enough money around to back mega venture capital funding rounds. The truth is that the real opportunities in Japan are in private equity, with plenty of mature firms desperate for a turnaround and aging founders looking for buyouts.

Last year, a group led by Bain Capital acquired Toshiba’s memory chip business for $18 billion. Last week, KKR & Co. sold the semiconductor part of Japan’s Hitachi Kokusai Electric to US-based Applied Materials for around $2.2 billion. It paid around the same amount when it bought the entire wireless equipment maker, including the video business it’s retaining, from Hitachi just 18 months ago. Even Japan Post Bank, one of the world’s largest lenders, and the country’s Government Pension Investment Fund, the biggest pool of retirement savings in the world, are allocating money toward private equity.

Still, a prime minister can dream: Shinzo Abe’s government aims to produce 20 unicorns by 2023. The chances of pulling that off are sobering.