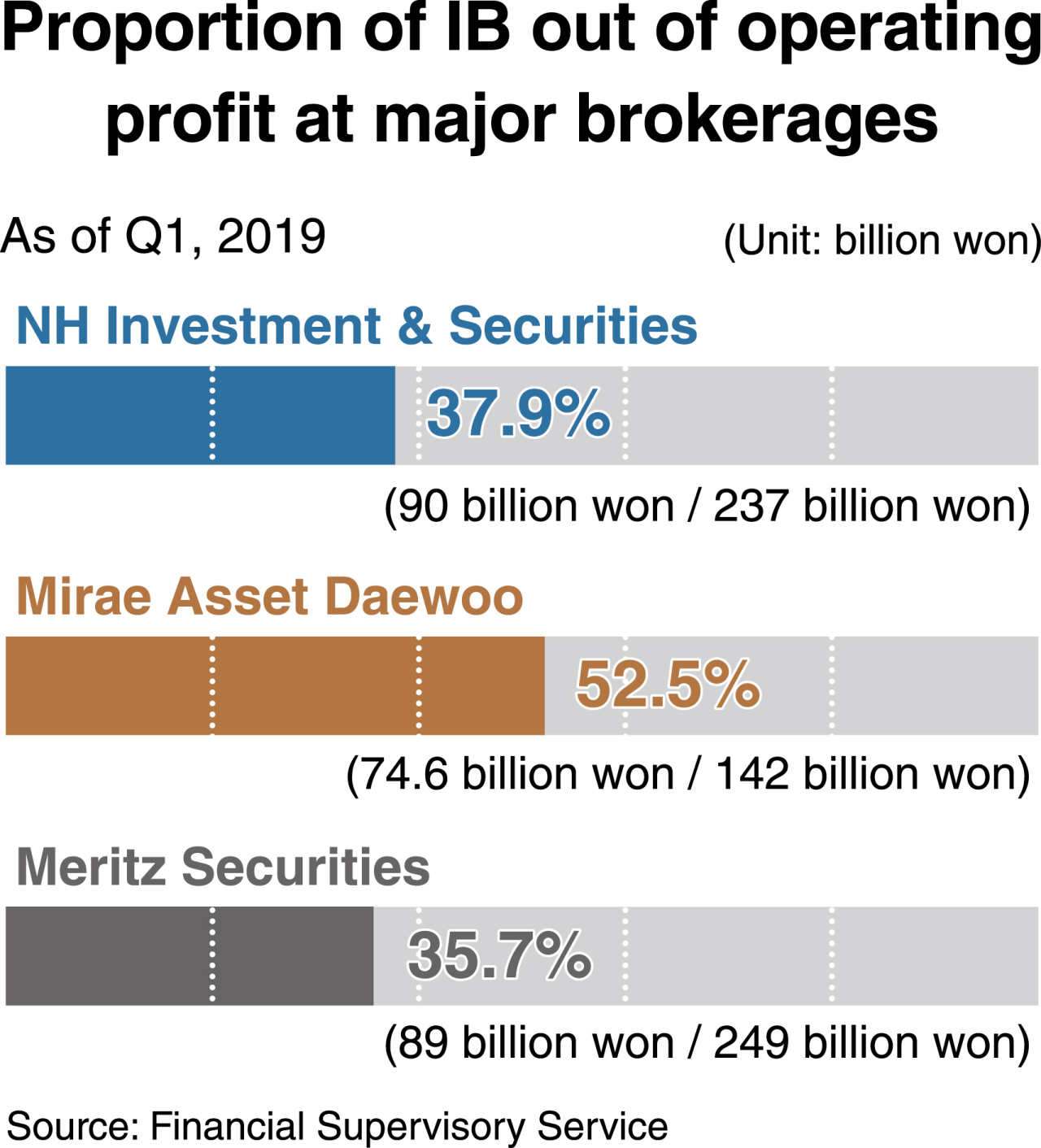 According to the watchdog’s electronic disclosure board, NH Investment & Securities, Mirae Asset Daewoo and Meritz Securities all saw the contribution of the IB sector to total quarterly profit surpass 30 percent.

Leading the trend was Mirae Asset Daewoo, which logged 142 billion won ($119 million) in operating profit, up 33.8 percent from a year earlier. Of this quarterly total, the IB sector accounted for 74.6 billion won or 52.5 percent, a visible rise from 23.2 percent in the same period last year.

NH Investment & Securities also saw the contribution of IB to its operating profit climb to 37.9 percent, or 90 billion won out of 237 billion won, in the first quarter.