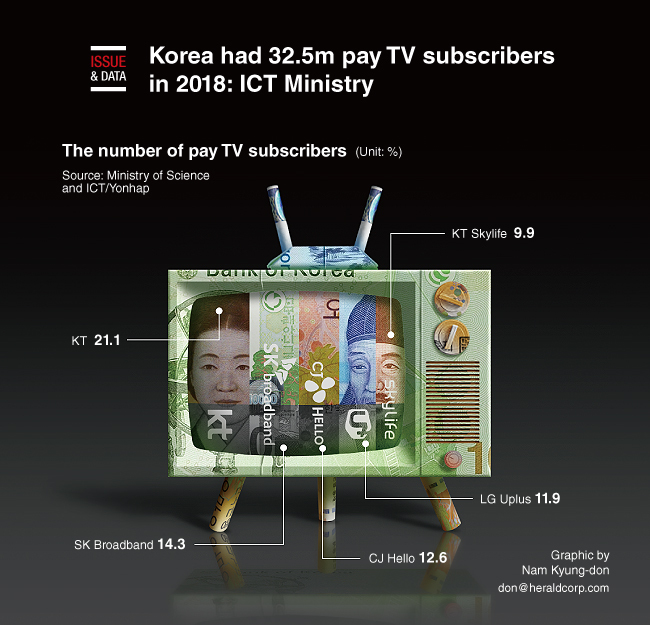 The average number of pay TV subscribers in South Korea stood at 32.5 million last year, data from the Ministry of Science and ICT showed.

That number - which includes people who paid for satellite broadcasting and internet protocol television services - increased about 530,000 during the second half of the year, according to the data.