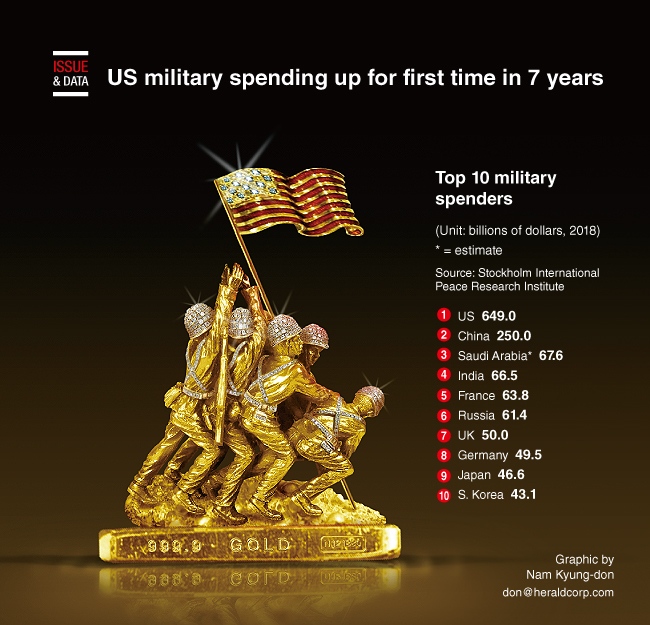 US military spending has risen for the first time in seven years, reflecting Trump administration policy, according to a new report released by the Stockholm International Peace Research Institute.

It was the second consecutive year that the global figure has risen, bringing military spending to its highest level since 1988.

The US figure alone, $649 billion, was as much as the combined military budgets of the next eight countries on the list.

But Chinese spending and US spending both pushed up the world total for the year, said the report.