[Graphic News] Cancer is No. 1 cause of death in S. Korea 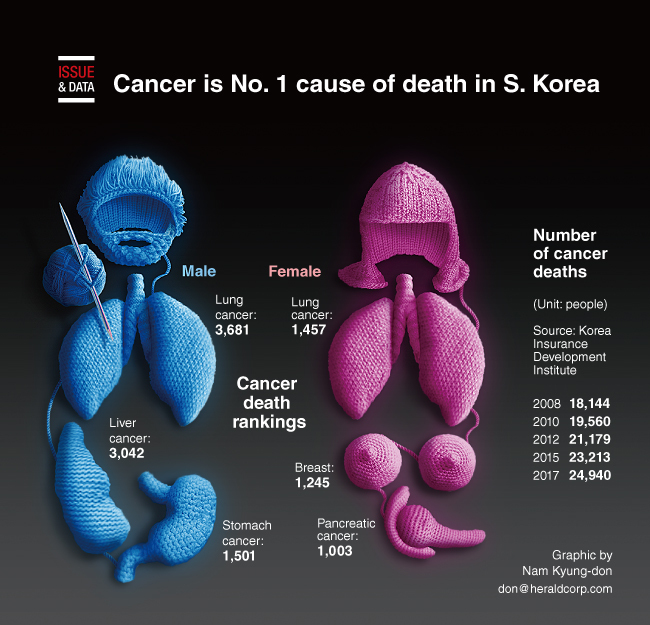 The death rate from cancer in South Korea has been on the rise every year, according to the Korea Insurance Development Institute.

By total number of deaths, the deadliest cancers were of the lungs, liver, stomach, pancreas, colon and breast.