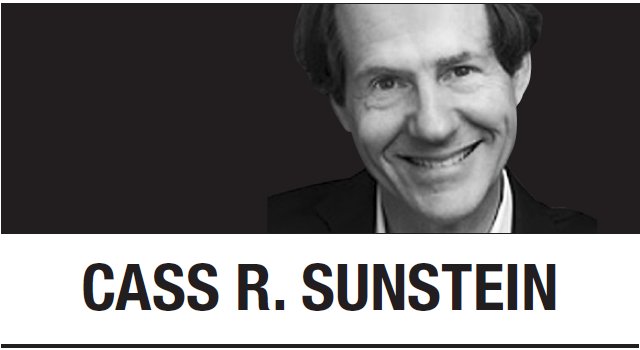 In coming to terms with Special Counsel Robert Mueller’s report, we should adopt a principle of neutrality and put entirely to one side our enthusiasm, or our lack of it, for President Donald Trump. It is also essential to emphasize that the report, running to two volumes and some 448 pages, will take some time to absorb.

Even so, the most puzzling thing about it is unquestionably a single sentence, repeated several times: “while this report does not conclude that the President committed a crime, neither does it exonerate him.”

That is a singularly opaque sentence. What on earth does it mean? That’s a genuine mystery.

The crucial sentence appears in Volume 2 of the report, which is focused on obstruction of justice. Volume 1, which catalogs Russia’s systemic efforts to interfere with the 2016 presidential election and to help defeat Hillary Clinton and to elect Trump, is exhaustive and alarming -- and relatively straightforward. By contrast, Volume 2 seems ambivalent, confusing, even tortured.

The analysis begins by outlining the considerations that guided the special counsel’s investigation of possible obstruction of justice by Trump. The first, and perhaps the most critical, is that as part of the Department of Justice, the special counsel would accept the department’s conclusion that under the Constitution, a president cannot be indicted.

And even if we put the Constitution to one side, “a federal criminal accusation against a sitting president would place burdens on the president’s capacity to govern.”

The report adds that if an indictment could not be brought, it would be uniquely unfair to make a judgment, in public, that the president committed a crime. The reason is simple: There could be no trial, and so the president could not defend himself and clear his name. “The ordinary means for an individual to respond to an accusation is through a speedy and public trial.” No president could take advantage of that means in this case.

Then the report adds this: “if we had confidence after a thorough investigation of the facts that the president clearly did not commit obstruction of justice, we would so state.” But “we are unable to reach that judgment.” The evidence “about the president’s actions and intent present difficult issues that prevent us from conclusively determining that no criminal conduct occurred.” Hence the report “does not exonerate him.”

The bulk of Volume 2 is devoted to an exhaustive catalog of presidential lies and repeated efforts to interfere with the Russian investigation.

For example, Trump “denied having any business in or connections to Russia, even though as late as June 2016 his organization had been pursuing a licensing deal for a skyscraper to be built in Russia called Trump Tower Moscow.” His firing of FBI Director James Comey appeared to be an effort to remove the pressure coming from the FBI’s investigation of Russia’s role in the 2016 campaign. And after Trump removed Comey, he directed White House counsel Donald McGahn “to call the acting attorney general and say that the special counsel had conflicts of interest and must be removed.”
You could fairly read Volume 2 in two different ways. First, Mueller believed that the president probably did obstruct justice, but because Trump cannot be indicted, he declined to say that publicly. Second, Mueller just was not sure whether the president obstructed justice -- the legal issues are difficult -- and so he decided merely to lay out the evidence.

The first reading is far more damning, and on reflection, something like it is probably right. Consider these all-important words: “we determined not to apply an approach that could potentially result in a judgment that the President committed crimes.” The report’s emphasis on the president’s immunity from prosecution, and hence the impossibility of having a trial, would make little sense if the special counsel were merely saying: I don’t know whether the evidence makes out a crime.

He wasn’t merely saying that. Instead he was giving a strong hint along these lines: The evidence probably makes out a crime, but because the president cannot be indicted, and because there can’t be a trial, I’m not going to say so.

That, I think, is the solution to the mystery, and the clue to the meaning of those crucial words: “while this report does not conclude that the President committed a crime, neither does it exonerate him.”

In this light, we can see why Mueller’s staff is reported to have been so dissatisfied with Attorney General William Barr’s initial summary of their report. Barr’s conclusion was that under the normal standards, Trump did not commit obstruction of justice. Mueller pointedly refused to reach that conclusion. The best bet is that he thought otherwise.