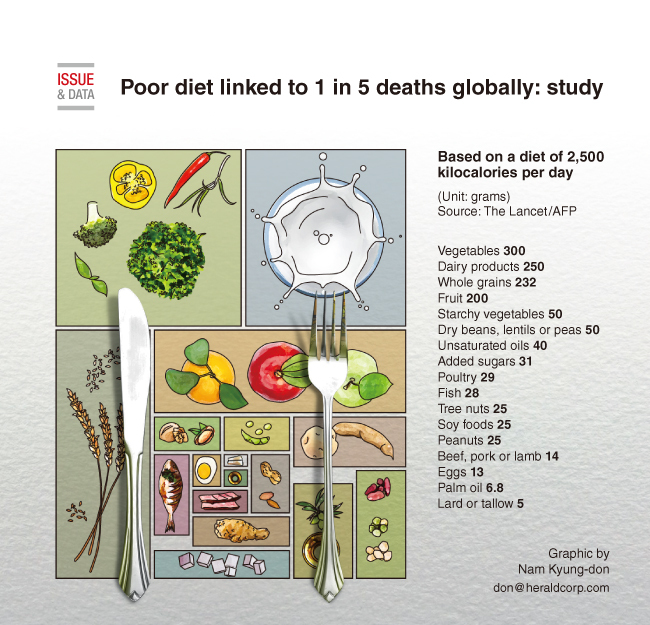 One in 5 deaths globally is linked to poor diet, experts said, warning that overconsumption of sugar, salt and meat is killing millions of people every year.

The United Nations estimates that nearly a billion people worldwide are malnourished, while nearly 2 billion are “overnourished.”

But the latest study on global diet trends, published in The Lancet, showed that in nearly every one of the 195 countries surveyed, people were also eating too much of the wrong types of food -- and consuming worryingly low levels of healthier produce.

For example, the world on average consumes more than 10 times the recommended amount of sugar-sweetened beverages and 86 percent more sodium than is considered safe.