Amazon, Apple, General Motors and BMW are among the 169 multinational firms that have joined RE100, a global initiative to reach the goal of 100 percent renewable electricity. And now the global players are starting to aim even higher and encouraging their suppliers to go carbon-free.

Samsung Electronics, a key supplier to Apple, became the first Korean tech giant in June of last year to make a commitment to rely 100 percent on renewable energy to power every one of its factories and office buildings in the US, Europe and China.

But that did not mean Samsung was joining RE100. Its commitment excluded Korea.

Samsung said it “can’t join RE100” because of the lack of infrastructure here. Indeed, no Korean firm has joined the initiative to date no matter how strong its global presence. 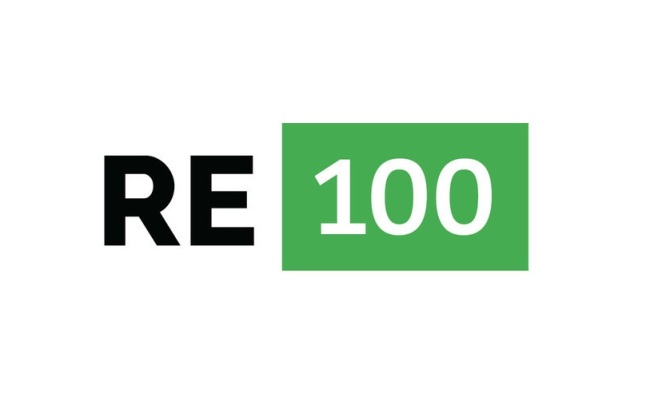 In Samsung’s plants in the US, Europe and China, the firm plans to source renewable energy from private power companies in the host nations.

Here, the firm has instead vowed to build its own solar panels at its headquarters in Suwon -- but those panels couldn’t possibly cover all Samsung’s domestic energy needs.

It is impossible to fill the gap by purchasing renewable power from private firms in Korea. The state-run Korea Electric Power Corporation is the nation’s only energy provider, and it does not specify where its power comes from -- renewable sources, coal, liquefied natural gas or nuclear energy.

Of course, inability to purchase renewable energy is not an issue only for Samsung Electronics.

Apple, BMW and Volkswagen have all begun to pressure their Korean suppliers -- including SK Hynix, LG Chem and Samsung SDI -- to expand their use of renewable energy. Those calls are expected to grow, and to affect more and more Korean suppliers working with different global clients.

Chun Young-whan, a professor at Hongik University, said Korean companies may have to “relocate their factories overseas” when RE100 becomes a reality. Although that may have been hyperbole, it’s true that going green is no longer a matter of morality for many companies -- it’s a matter of economics.

In November of last year, 11 large Korean companies, including Samsung, SK hynix, Shinhan Financial Group and Oriental Brewery, called for the creation of a system where they can purchase renewable energy in order to satisfy their global clients.

The Korean government is now mulling the adoption of a green pricing system as a stopgap measure.

Green pricing involves providing an optional service where customers agree to pay a premium on their electric bills to use renewable energy. It is already in place in the US, Europe and Australia.

“Although it may be a stopgap measure, this appears to be a realistic measure for now because the adoption of green pricing is much easier than bringing private companies to the energy market,” said Lee Jong-oh, director of the Korea Sustainability Investing Forum, a local civic group.
A green pricing system can be implemented simply by revising Kepco’s regulations and would not require the enactment of new legislation.

The Energy Ministry is reportedly considering setting renewable energy rates around 10 percent higher than current energy rates, but companies argue that a premium of 2 to 3 percent is more appropriate.

Green pricing may be a step forward for Korea, where the use of renewable energy is lower than in other OECD nations, industry watchers say. But the nation should move toward the opening of the energy market, they say, to provide companies with dependable supplies of renewable energy at more affordable prices.

“Green pricing may be an option, but that will not be a good solution because it does not give much incentive to companies, which have to pay higher prices. To better achieve the nation’s renewable goal, Korea should open its energy market and boost investment in renewable energy,” said Zi Sheng Neoh, a managing consultant with Wood Mackenzie, which specializes in consulting businesses on power and renewables.

Many energy experts, including Neoh, and environmental groups call for the adoption of corporate power purchase agreements as a way of opening the energy market. Corporate PPAs allow companies to purchase renewable energy directly from private energy generators at fixed prices over a number of years.

In 2017, Apple signed a deal to run its Nevada data center with solar power for about 3 cents per kilowatt hour -- possibly the cheapest contracted starting price for solar power in the US. In contrast, Korea’s industrial power prices are normally more than 60 won (5 cents) per kilowatt hour.

In Korea, Rep. Kim Sung-whan of the ruling Democratic Party of Korea is preparing to “propose a bill related to corporate PPAs in the first half of this year” with the aim of expanding renewable energy.

Lee Jin-sun, a campaigner at Greenpeace East Asia in Seoul, said her organization would make continued efforts to persuade the National Assembly and the government to adopt corporate PPAs, calling them “the most effective system to purchase renewable energy and to increase new renewable facilities to reduce carbon emissions.”

If Korea’s top 20 biggest energy-consuming companies decide to source renewable energy for 100 percent of their energy needs, 43.25 gigawatt solar power generators will be installed and the nation can reduce its carbon dioxide emissions by around 25 million tons, predicted Kim Seung-wan, a professor at Chungnam National University.