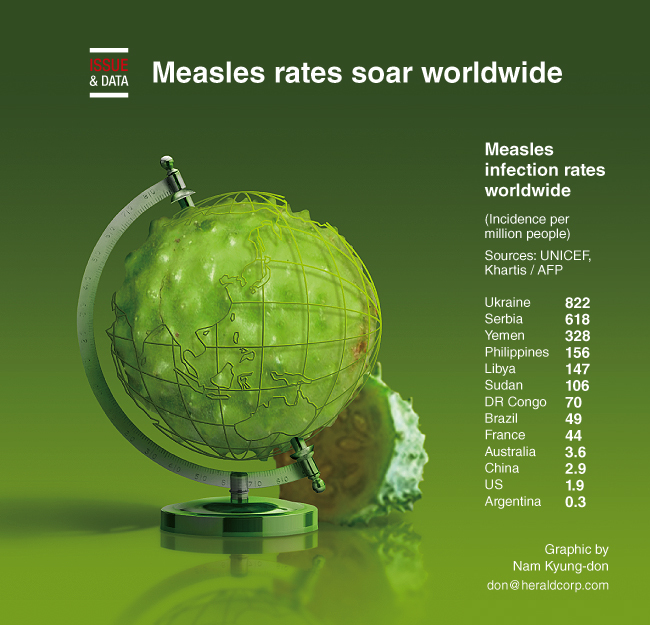 Of the global surge in measles last year, just 10 countries accounted for three-quarters of all cases, the UN children’s agency said, including one of the world’s richest nations, France.

Ninety-eight countries reported more cases of measles in 2018 compared with 2017, and the world body warned that conflict, complacency and the growing anti-vaccine movement threatened to undo decades of work to tame the disease.

Measles is more contagious than tuberculosis or Ebola, yet it is eminently preventable with a vaccine that costs pennies.