By Shin Ji-hye
Published : Mar 6, 2019 - 14:44       Updated : Mar 6, 2019 - 14:44
Calls have been growing in Korea to pass a bill that will beef up consolidated supervision of financial conglomerates, citing the need to lower their insolvency risk, while opponents claim the move excessively tightens the grip over chaebol.

The system is intended to supervise financial conglomerates that do not own banks but hold more than 5 trillion won ($4.43 billion) in financial businesses, including lending, insurance or other finance investments. The system recommended by the International Monetary Fund aims to assess an entire group’s capital adequacy and risk management to prevent risk of contagion.

There are seven companies subject to such oversight in Korea: Samsung, Hanwha, Hyundai Motor, DB, Lotte, Kyobo Life Insurance and Mirae Asset. Such a system may even compel Samsung Life Insurance to sell some of its stake in Samsung Electronics, based on the definition of “high risk” group according to the size of relevant stakes.

“The adoption of supervision of financial conglomerates is necessary in Korea because there are (legal) blind spots in financial organizations, the nation has a history of group risk that has affected the public and the system is already being run in financially advanced nations, such as in the European Union and the US,” said Lee Myung-soon, director general of the financial group regulation bureau of the Financial Services Commission. He was speaking during a fair economy seminar Tuesday, hosted by the Fair Trade Commission and Rep. Kim Byung-wook of the ruling Democratic Party of Korea. 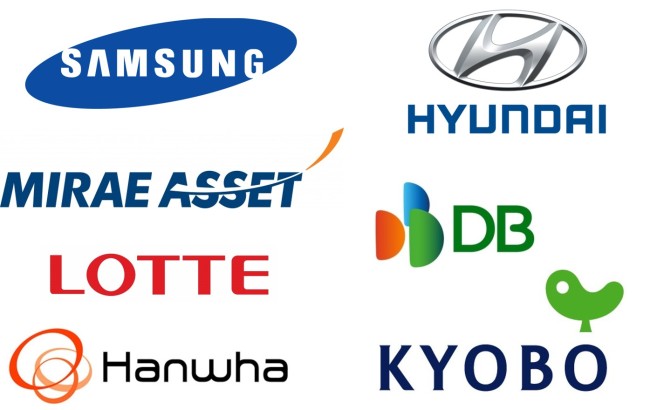 The past history he referred to includes the insolvency of Daehan Life Insurance and Daewoo Securities during the 1997 Asian financial crisis and the liquidity crisis of Tong Yang Group in 2013.

Lee said in order to adopt the system, having legal grounds is urgent.

The bill for supervision of financial conglomerates was proposed by Rep. Lee Hak-young of the ruling party in November.

The key of the bill is to inspect an entire group’s financial capacity and see whether it is capable of absorbing possible losses.

According to the proposed bill, when a financial entity holds more than 5 percent of a nonfinancial entity’s stake, it will be defined as holding “high risk.” The stakes would be required to be reduced to below 5 percent within five years. This means Samsung Life Insurance, which holds 8.24 percent of Samsung Electronics, should sell some stake to reduce it to below 5 percent in five years.

However, the bill has immediately faced opposition from conservative opposing parties, including the Liberty Korea Party, which claim the clauses target a single conglomerate: Samsung.

“Although I should be cautious to make an official comment because the bill has not yet been discussed at a subcommittee, it only seems to have an intention to choke conglomerates because similar regulations already exist in the financial sectors,” said an official of one of the lawmakers, who wished to remain anonymous.

Firms that are to be affected by the bill have also remained vigilant.

An anonymous insider of Samsung Life Insurance said, “We are closely paying attention to the development of legislation. This could be (a burden) because the shares of Samsung Electronics are stable assets. But, it is difficult to estimate for the time being as the legislation is still in an early stage.”

On Jan. 23, President Moon Jae-in said, “Many bills for fair economy are pending at the National Assembly. I earnestly request lawmakers to cooperate,” during a meeting for fair economy with the government and lawmakers.

He cited bills for supervision of financial conglomerates, the fair trade act and commercial laws to improve ownership structure.