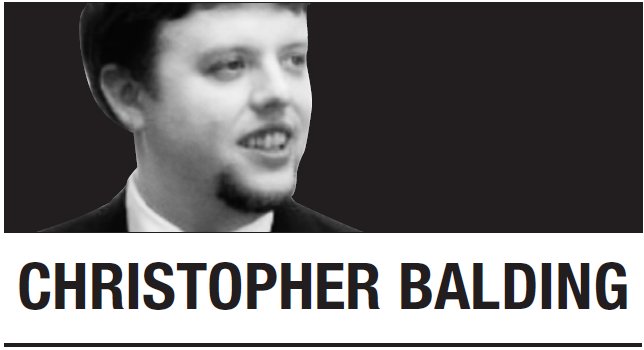 China has long been criticized both for its obsession with GDP statistics and their quality: Pressuring cadres to meet growth targets has encouraged a risky buildup of debt and, at times, the outright fabrication of numbers. If anything, though, the quality of China’s official employment data is even worse -- and the inaccuracies could have equally dangerous repercussions.

Until relatively recently, Chinese GDP growth would fluctuate even while remaining robust. The same can’t be said for jobless numbers. From 2002 to 2017, the Chinese unemployment rate never rose above 4.3 percent or dropped below 3.9 percent. At the beginning of 2018, the government released a new, supposedly more accurate measure that by the end of the year had produced a startling estimate of 3.8 percent. Officially, China created 13 million jobs during the year, two million more than its target.

This seems less-than-credible for several reasons. Particularly toward the end of 2018, export-related industries began to cut back due to trade tensions with the US. One survey released last month showed labor demand at trade-related manufacturers had dropped 40 percent in the fourth quarter compared with a year earlier. An official survey of large industrial firms recorded a 2.8 million decline in jobs in the 12 months through November. Nearly 60 percent of manufacturers polled by UBS Group AG said they’d either cut staff already because of trade tensions or planned to do so in the next six months.

The government’s deleveraging campaign -- meant to unwind all that debt accumulated to prop up GDP growth -- has also hit the private-sector hardest. Those companies were responsible for 90 percent of the new jobs created in 2017. At the same time, China is facing longer-term headwinds. Robots are replacing workers in many large factories. And the country is contending with the usual difficulties of the middle-income trap, when skills become obsolete at an increasing rate. As much as the government would like to build up world-class semiconductor and artificial intelligence industries, turning coal miners into coders will take years, if it’s possible at all. Laid-off factory workers seem to be turning instead to low-quality service-sector jobs as security guards, couriers and the like.

How exactly all this is playing out remains largely a matter of conjecture. Academic research in China has a long history of trying to estimate the true rate of unemployment in China. (Some measures suggest it reached as high as 13.4 percent in provincial capitals in 2007, with much greater volatility than official figures would indicate.) Banks from Goldman Sachs Group to Jefferies Financial Group have devised various employment trackers that do things like crawl Chinese job sites to see what positions employers are offering. Capital Economics Ltd. recently found that Web searches in China of terms such as “layoffs” had reached an all-time high, above even 2008.

But, it’s hard to know how much further the government should go to stimulate the economy. For instance, China seems to be leaning on 2018 tax cuts and considering further VAT or income-tax cuts to juice growth and consumption. A surge in credit growth in January seems to imply Beijing is opening the credit taps again. If unemployment is indeed steady, then this policy mix might sense. On the other hand, cutting income taxes for newly laid-off workers probably won’t help them much. Additionally, much employment data is focused on urban areas and formal workers, which means stimulus policies run the risk of ignoring large swathes of the population.

It’s easy to see why officials want to paint a rosy picture of employment in China, given their mortal fear of labor unrest. Especially in a year filled with symbolic anniversaries -- from the 100th anniversary of the May 4th Movement to the 30th anniversary of the Tiananmen Square massacre -- the government is hardly likely to embrace full transparency and accuracy in jobless data. Refusing to face up to the situation, though, is only going to make their jobs even harder.