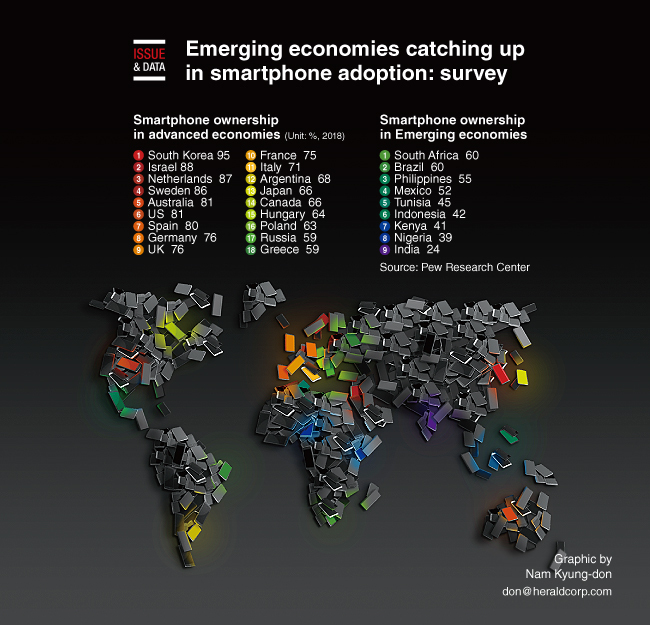 Smartphone use has become the norm in most developed nations, while many emerging economies are showing sharp gains, a global survey showed Tuesday.

China, believed to be the world’s largest smartphone market, was not included in the latest survey. (AFP)