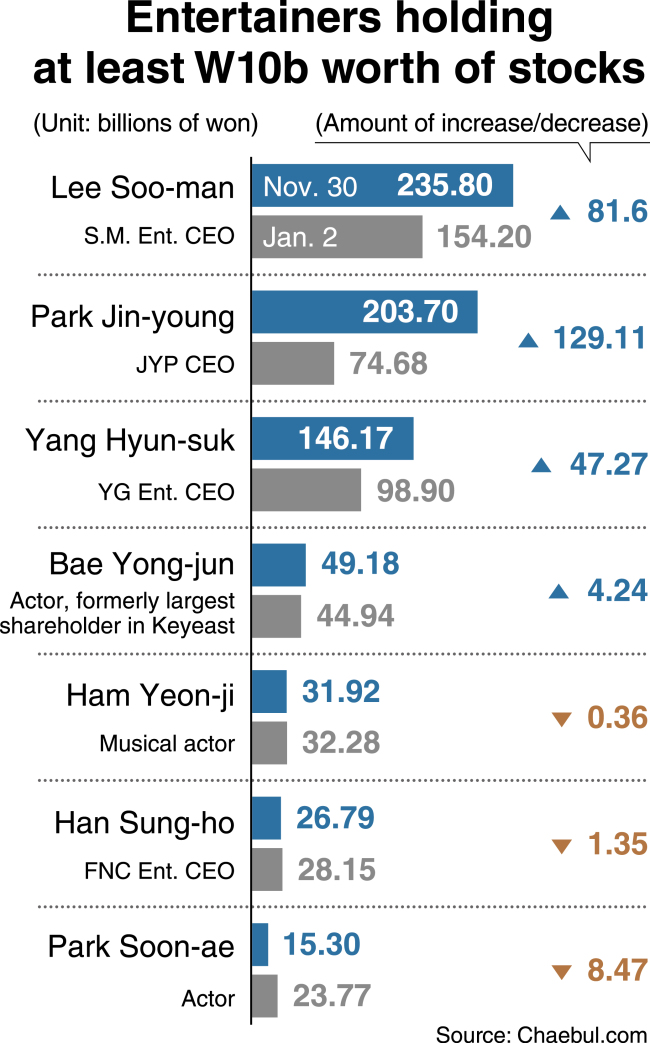 There are seven celebrities in South Korea with stocks worth at least 10 billion won ($9 million) as of November this year, data from corporate tracker Chaebul.com showed.

The combined value of the stocks held by these seven conglomerates was 709 billion won, an increase in value of 55.2 percent compared with January.

The value of all stocks owned by Park Jin-young, owner and executive producer of JYP Entertainment, increased 129.1 billion won -- the highest increase among the top three. He is the company’s largest shareholder, with an 18.72 percent stake.

During the same period, the value of stocks owned by Lee Soo-man, S.M. Entertainment’s executive producer and president, rose 52.9 percent -- that is, 81.6 billion won -- reaching 235.80 billion won as of the end of November. Lee topped the list as the richest stockholder among Korean celebrities.