[Weekender] What blood types are really about

However, the scientific community dismisses the blood type personality theory, citing a lack of evidence. They say blood types are maintained as a classification system for safe transfusions of blood in emergency situations.

Known as the ABO blood group system, different blood types were first discovered by Austrian Physician Karl Landsteiner in 1900. He found that blood sera from different people would clump together when mixed in test tubes, and some human blood agglutinated -- a term for clump in immunology -- with animal blood. 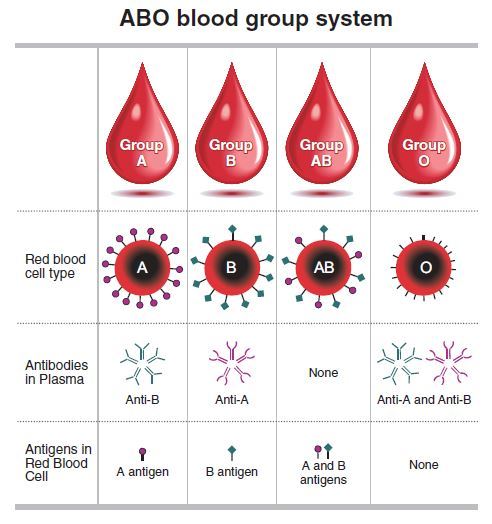 The ABO grouping system was officially announced in 1901, comprising A, B and C types. In the following year, AB was additionally found, and C was replaced with O.

Under the ABO group system, there are eight common blood types and many rare ones.

The four major blood groups are A, B, AB and O, determined by the presence or absence of antigens A and B on the surface of red blood cells.

“ABO blood types are the most important ones in terms of transfusion,” said an official at the Korean Society of Blood Transfusion. “The ABO antigens exist not only on red cells but also in other organs and body fluids, playing an essential role in organ transplants.”

“However, the exact role of the antigens remains scientifically unproved, which cannot help provide evidence for differences in personalities, body shapes or correlations with diseases by each blood type,” the official said. 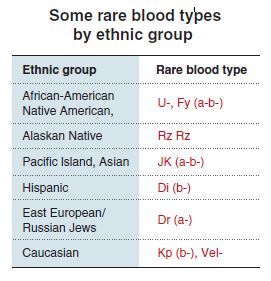 But in recent years, experts are making increasing efforts to find statistical significance in the correlation between each blood type and some critical illnesses and infections.

“In 2012, we found that Korean women who have blood type A have 20 percent higher risk of getting stomach cancers than those with other blood types,” said Duck Cho, professor at Samsung Medical Center.

Cho embarked on the research at the time based on results that those with blood type A are vulnerable to stomach cancers in Western countries.

“A type blood has more blood coagulation elements than other types, especially compared to type O that is vulnerable to bleeding,” he said. “Considering the characteristics, people with type A blood could have more chances of blood clots developing into cancers, while those with type O have a higher chance of having ulcers.”

And there are more than 600 other antigens whose presence or absence creates “rare blood types.”

Certain blood types are unique to specific racial and ethnic groups, according to the Red Cross.

U-negative and Duffy-negative blood types are known as unique to African-Americans. The Diego-negative type is reportedly found in the Hispanic group, while its positive type is found only among East Asians and Native Americans.