Embracing a childlike perspective and naive expression in their work, artists like Paul Klee and Chang Uc-chin explored a then-undiscovered area of art.

Minhwa paintings have similarities characteristic of the aforementioned artists. Instead of being restrained by artistic and cultural orthodoxies, late Joseon-era minhwa -- or folk paintings -- show forms of expression that are rough yet free and innocent.

Minhwa paintings are different from conventional court paintings or paintings of aristocrats, largely in terms of their styles. Many minhwa paintings are less strictly disciplined but more fluid in their expression. Some of them look like mere doodles, and some others have totally ignored the law of perspective.

Although they may not be objective representations, they evoke curiosity. They are aesthetically appealing and often challenging. They are humorous and witty, in terms of how details are expressed. They often look unrefined but are full of playful and likeable forms of expression.

However, minhwa paintings in Korea have been more or less neglected in both the market and public museums.

It is a well-known story that Korean abstract painter Lee U-fan made a donation to Musee Guimet of some 100 minhwa paintings he collected while he was staying in Japan, in the hope of promoting Korea’s folk paintings, after his offer was turned down by local galleries and museums.

Ironic as it may seem, the term “minhwa” was concocted by Japanese thinker Yanagi Muneyoshi, who appraised the aesthetics of Korean folk paintings.

Perhaps it is time to re-evaluate these paintings.

Kicking off Tuesday, Seoul Arts Center’s “Fantasia Joseon” introduces minhwa paintings collected by Kim Se-jong, a gallery owner who has devoted himself to collecting such paintings for the last 17 years. 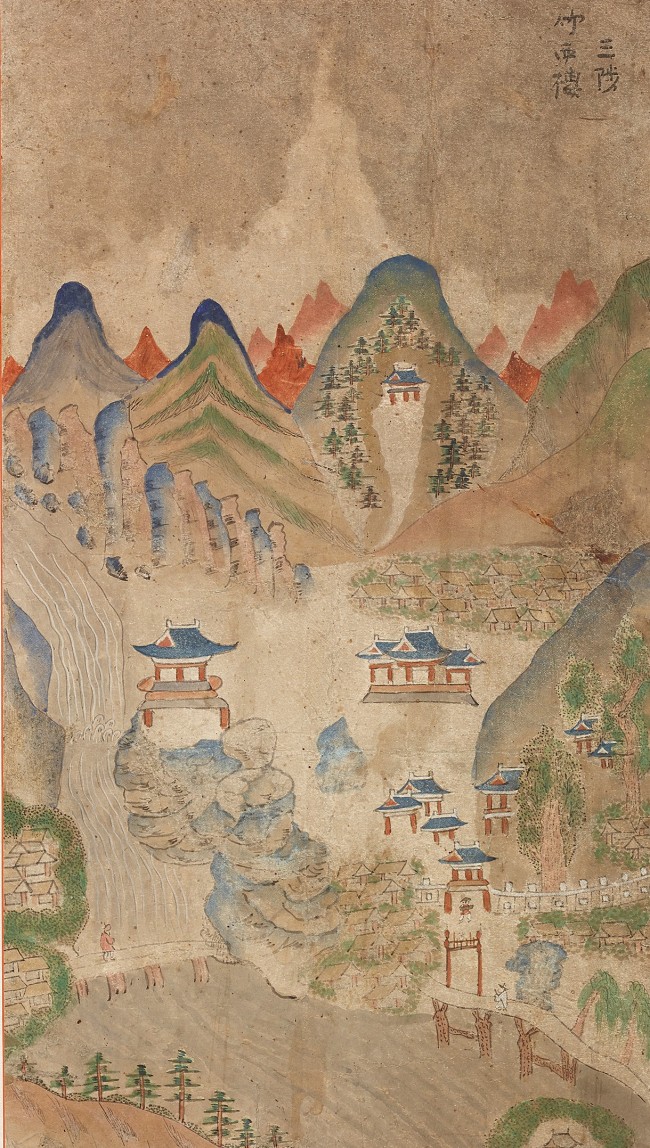 Some minhwa paintings -- if not all -- stand out in terms of their composition and style -- to the extent that they remind viewers of modern abstract paintings.

However, they are also different from each other. Seoul Calligraphy Art Museum has prepared projections on walls to show the differences between the paintings and allow visitors to compare them.

“I wanted to show people that minhwa paintings deserve reassessment,” Kim said. “A lot of people say minhwa paintings are mere duplications of each other, as they usually deal with similar subjects like animals and flowers. But they all are, in fact, different, when looked into. Some of the paintings also have qualities that deserve a second look.”

The exhibition runs through Aug. 26.

’Flower Paintings from the Joseon Dynasty’

Gallery Hyundai’s “Flower Paintings from the Joseon Dynasty” mainly deals with flower paintings, along with those that also feature animals.

The paintings housed at the gallery were drawn between the late 18th and early 20th centuries. Most of them are privately owned, and some works also came from Japanese private collectors and the Japanese Folk Crafts Museum founded by Yanagi Muneyoshi.


A work that stands out among the many that feature flowers and birds is the one owned by a Japanese private collector. Over abstract shapes of flowers and branches appear to add an unusual quality to the painting.

Also included in the exhibition is a set of paintings with flowers and animals drawn on an eight-panel folding screen from the 19th century. One of the panels has a painting of two rabbits pounding grain with a large pestle, which was adopted into a postage stamp in 1980.

Peony and Lotus paintings take up a large proportion of the exhibition being held across three venues at Gallery Hyundai -- Gallery Hyundai, Hyundai Hwarang and Dugahun Gallery.

Gallery Hyundai plans to bring minhwa paintings, antique furniture pieces and Korean porcelain, along with other modern Korean abstract paintings, to the Frieze Masters art fair in London scheduled for October this year.