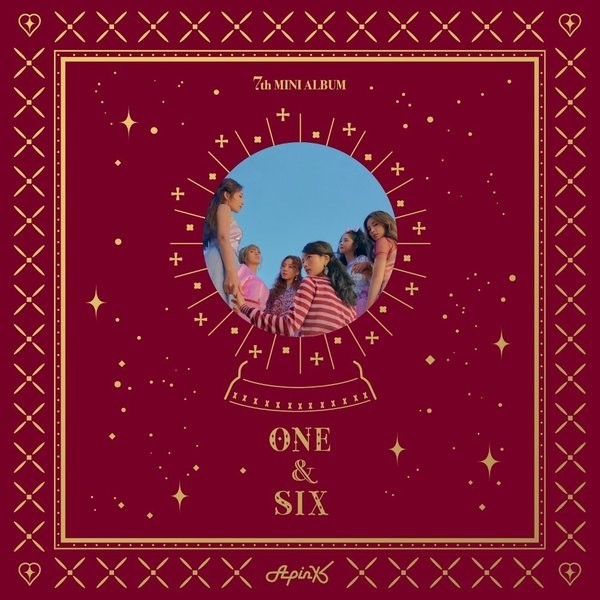 It may sound like harsh criticism of this group of K-pop sweethearts, but Apink’s new album is sick -- in a bad way.

Although Apink has finally reached a point where it can play with musical concepts, the group has taken a step in the wrong direction with “One & Six.” The album is a hodgepodge of “something different,” a nice attempt to change the group’s 7-year-old girlish image, but it lacks impact and falls short of expectations.

The album starts off on the wrong foot from the very beginning. The Korean title of the lead track -- its English version is “I’m So Sick” -- is influenced by a phrase frequently used by the younger generation to express negative emotions, and such use of neologism deglamorizes the song’s charm.

The act’s embracing of new sound is like poison on the lead track. Produced by duo Black Eyed Pilseung, “I’m So Sick” has every element of a fancy K-pop song, such as auto-tune and tropical-house sound, but ironically, the song sounds old and dull. The melody, which is also a scrappy mishmash of synths and sound effects, seemingly builds up to an explosive chorus at first, but lands flat without one single catchy hook. One will immediately start missing the group’s previous concept, thinking, maybe there must have been a reason why Apink stuck to saccharine and lighthearted girlishness for seven years.

Listening to the rest of the six-track album is like riding on a flat rollercoaster without bumps or stops. The act returns to its old habits with breathy “Alright” and “You Than Words,” and it is almost comforting to hear Apink’s sweet feel-good vibe again.

Let’s all hope that Apink realizes how to use its “pink” legacy next time.