According to 24 Horas, a Kim Jong-un lookalike, wearing thick-rimmed glasses and an all-black suit, turned heads as he walked into the stadium without a security detail. The crowd reportedly was hesitant at first, but soon surrounded him in hopes of getting a picture together.

Having previously made joint appearances with US President Donald Trump ahead of the US-NK summit in Singapore, Kim’s lookalike showed up this time alongside an impersonator of Russian President Vladimir Putin.

The pair eagerly took pictures with the throng of soccer fans during and even after the match had ended, according to witnesses. Posing for the cameras, they were seen locking arms and holding a replica World Cup trophy.

The Kim Jong-un impersonator, who otherwise goes by Howard X, is reportedly an Australian music producer based out of Hong Kong.

Uruguay finished top of Group A, beating Russia 3-0 on Monday to win all three games. 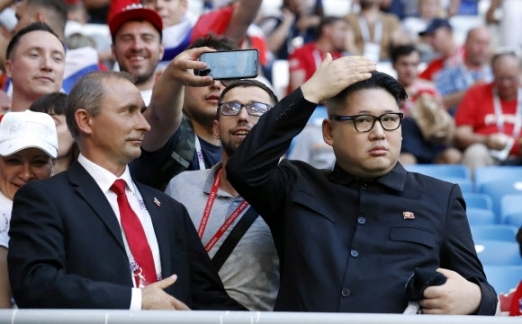 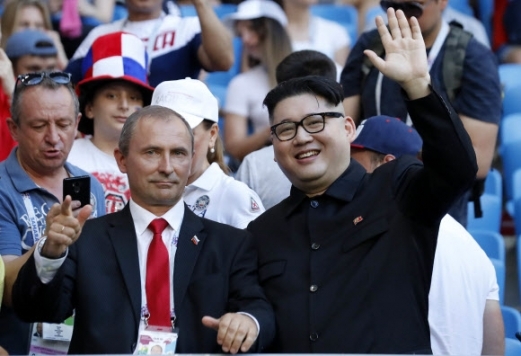 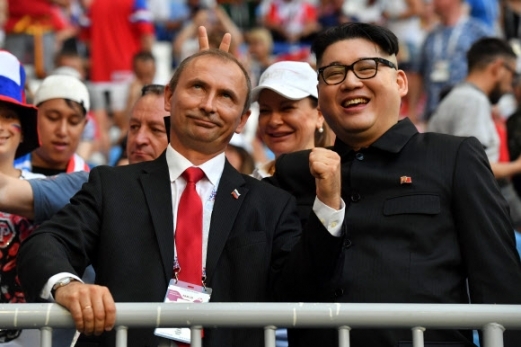 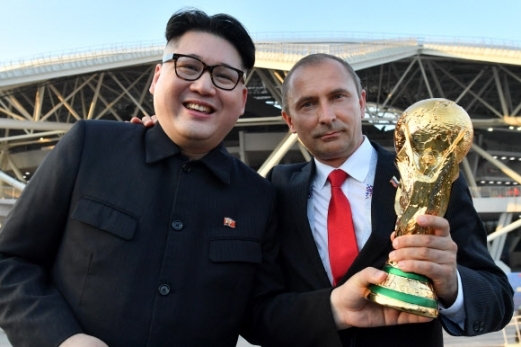