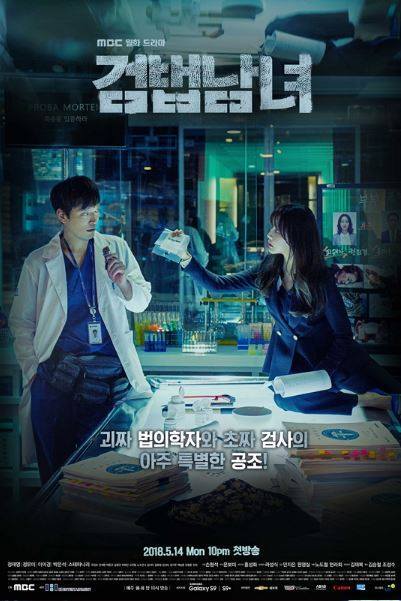 "Forensic” (MBC)
Legal drama series with unique characters and storylines are taking up TV airtime from Mondays to Saturdays.

Courtroom series have always been popular here, as viewers love sophisticated, complex conflicts. But lately more productions in the genre are sprouting up, especially after tvN scored a hit with “Stranger” last year. The legal drama, a suspense-thriller, was a success, with many anticipating a second season.

Since then, there have been a number of legal dramas with additional elements.

MBC’s Monday-Tuesday series “Forensic” features a genius forensic expert and a prosecutor, played by Jung Yu-mi, who uses forensic evidence against criminals in court. Forensic terms are included in subtitles in each episode.

The Korean public became familiar with forensic science through the popular US series “CSI: Crime Scene Investigation,” but local dramas have not often dealt with the subject.

The series, which has aired two episodes, has been praised by viewers for accurately depicting judges’ lives. The script, based on a best-selling novel, was written by real-life judge Moon Yoo-suk.

Meanwhile, KBS2’s Wednesday-Thursday series “Suits” is a remake of a popular US drama of the same name. Featuring Jang Dong-gun and Park Hyung-sik as the two main lead lawyers, the plot is set around the two handling tricky cases. Park plays the role of a fake lawyer, who has lived a rough life.

The series sets itself apart from other works of the genre, as the two main lawyers strive to avoid going to court. They try to settle cases out of court, rather than going through legal battles. The series has also been reflecting real incidents, such as the #MeToo movement and drug use by elite members of society. Catchy lines complement the work.

TvN’s Friday-Saturday series “Lawless Lawyer” is an action-legal drama. Contrary to the belief that courtroom series depend heavily on dialogue and can be dull, the drama boasts numerous action scenes, portraying Lee Joon-gi as a lawyer-turned-gangster.