[PyeongChang 2018] Liquor most purchased at convenience stores by Olympic visitors 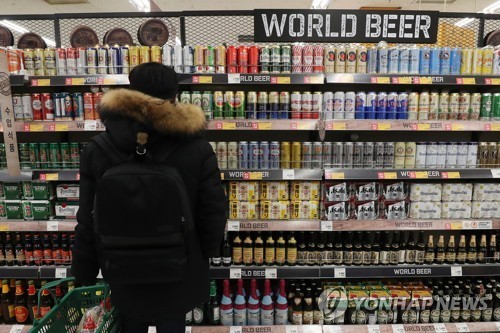 Nearly 30 percent of the products sold at around 20 convenience stores of the chain near Olympic venues in PyeongChang and Gangneung in the period from Feb. 9-18 included wine, beer, hard liquor and soju, the chain’s sales data showed Tuesday.

When broken down by brands, the sales of Pudu, a local winemaker, were the highest among the alcohol beverages, followed by products from Yellow Tail Shiraz, Monets Classic, Absolut Vodka, Ballantine and Johnnie Walker.

The sales of fruits ranked eighth at 2.6 percent among foreign tourists, athletes and visitors, according to the data, a surprisingly high figure when compared to the domestic average of less than 0.2 percent, the chain added.