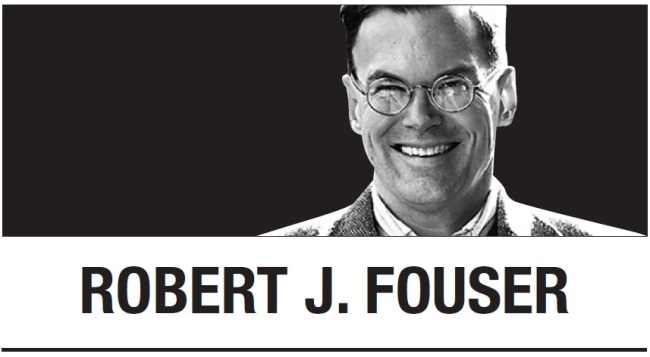 Most Koreans over the age of 40 remember November 1997 very well. Concern over rising corporate debt in the summer and over the spreading financial crisis in Southeast Asia caused sharp stock market declines and a steadily weakening won.

The Bank of Korea tried to prop up the value of the won, but abandoned the effort as foreign reserves were being depleted. The government requested aid from the International Monetary Fund, but the crisis continued to worsen South Korea’s credit rating. In early December, the IMF approved a bailout package in exchange for broad economic restructuring, but the threat of default forced the country to ask for an emergency loan from the World Bank.

Amid the crisis, Kim Dae-jung was elected president and began to lead the nation through the difficult period of restructuring. By the middle of 1998, the won had begun to rise again, and restructuring was about to begin. Restructuring focused on allowing mass layoffs and the opening of financial markets, both of which caused great dislocation.

It is the dislocation that Koreans remember when they refer to life before and after the “IMF crisis,” as it is commonly called. The speed and extent of layoffs caused a sharp rise in unemployment and a commensurate drop in consumption. To stop the downward cycle, Kim’s government focused on attracting foreign investment and promoting technology startups and service industries. The economy started growing in late 1998, and the country left the IMF’s supervision in August 2001.

The Korean economy recovered and continued to grow until the global financial crisis of 2007-2008, which nearly caused a second depression worldwide. South Korea, however, was not as severely affected as major nations such as the US, Japan and Germany. In 1997, the per capita gross domestic product of South Korea was only 55 percent that of Japan, its traditional benchmark, but 20 years later, that figure now stands at 92 percent, and the IMF forecasts parity in 2022.

The IMF incident remains a seminal event in South Korean history because it marks the end of the statist economic paradigm and the beginning of the neoliberal one. President Park Chung-hee put Korea on the path toward economic growth by statist-driven industrial development based on exports. Presidents Chun Doo-hwan and Roh Tae-woo continued this policy, but by the 1990s, globalization driven by neo-liberal policies emerging from the US began to put pressure on this model. Beginning in 1993, President Kim Young-sam pushed his own version of globalization known as “segyehwa,” but the statist paradigm remained intact.

The IMF crisis forced South Korea to quickly adopt neoliberal policies that had been adopted in the US and the UK in the early 1980s and had become the dominant paradigm by the 1990s. Neoliberal policies focus on economic liberalization through privatization, deregulation, free trade and a smaller role of the government in the economy.

Neoliberal policies promote economic efficiency and productivity to increase competitiveness and economic growth. The restructuring after the IMF crisis achieved this goal quickly by firing people who had assumed their positions were secure. The loss of security and, with it, the loss of a sense of worth and belonging, remain the biggest trauma of the IMF crisis. The push for competitiveness stimulated the rise of nonregular, part-time and temporary positions with few or no benefits.

Recent tensions over North Korea’s nuclear and ballistic missile programs shed light on the strategic implications of the IMF crisis. In recent testimony to the US House of Representatives Foreign Affairs Committee, Thae Yong-ho, a former official at the North Korean Embassy in London who defected in 2016, said that the main goal of the North Korean programs is to drive the US out of South Korea. He said that North Korea then wants to weaken South Korea through economic shocks designed to cause collapse like South Vietnam.

South Korea today cannot be compared to South Vietnam in 1975, but the North Korean belief in the fragility of the South Korean economy shows that it does not have a clear grasp of reality. The IMF crisis shows that the South Korean economy is highly resilient in the face of adversity. In the 20 years since the crisis, it has become even more resilient because of its deep integration into the global economy. Policies aimed at mitigating the excesses of neoliberalism will make it even more resilient while helping to prepare it for the eventual collapse of North Korea.