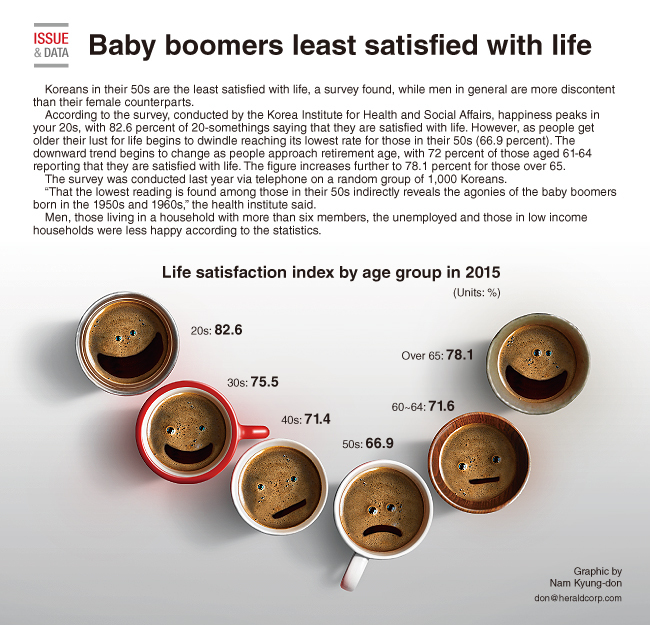 Koreans in their 50s are the least satisfied with life, a survey found, while men in general are more discontent than their female counterparts.

According to the survey, conducted by the Korea Institute for Health and Social Affairs, happiness peaks in your 20s, with 82.6 percent of 20-somethings saying that they are satisfied with life.

However, as people get older their lust for life begins to dwindle reaching its lowest rate for those in their 50s (66.9 percent). The downward trend begins to change as people approach retirement age, with 72 percent of those aged 61-64 reporting that they are satisfied with life. The figure increases further to 78.1 percent for those over 65.

The survey was conducted last year via telephone on a random group of 1,000 Koreans.

“That the lowest reading is found among those in their 50s indirectly reveals the agonies of the baby boomers born in the 1950s and 1960s,” the health institute said.

Men, those living in a household with more than six members, the unemployed and those in low income households showed relatively lower contentment according to the statistics.