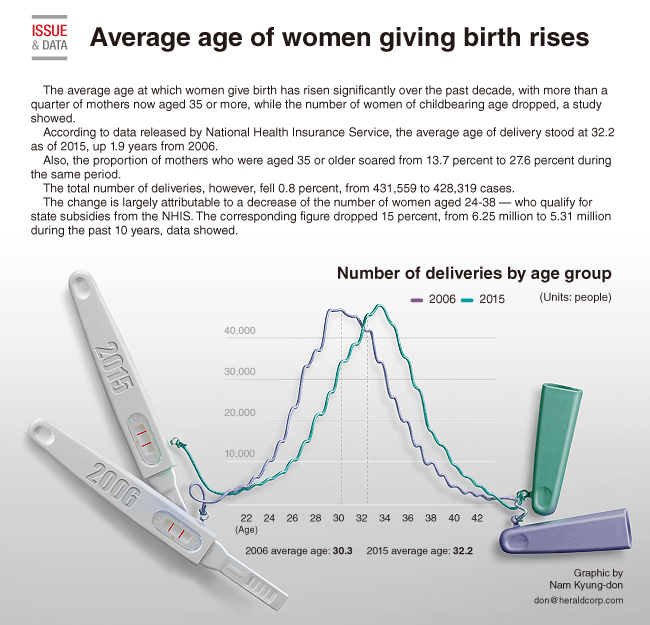 The average age at which women give birth has risen significantly over the past decade, with more than a quarter of mothers now aged 35 or more, while the number of women of childbearing age dropped, a study showed.

According to data released by National Health Insurance Service, the average age of delivery stood at 32.2 as of 2015, up 1.9 years from 2006.

Also, the proportion of mothers who were aged 35 or older soared from 13.7 percent to 27.6 percent during the same period.

The change is largely attributable to a decrease of the number of women aged 24-38 -- who qualify for state subsidies from the NHIS. The corresponding figure dropped 15 percent, from 6.25 million to 5.31 million during the past 10 years, data showed.