According to local daily Dong-A Ilbo, the Fair Trade Commission is slated to hold a meeting to determine whether to indict Shin for the misleading reports. 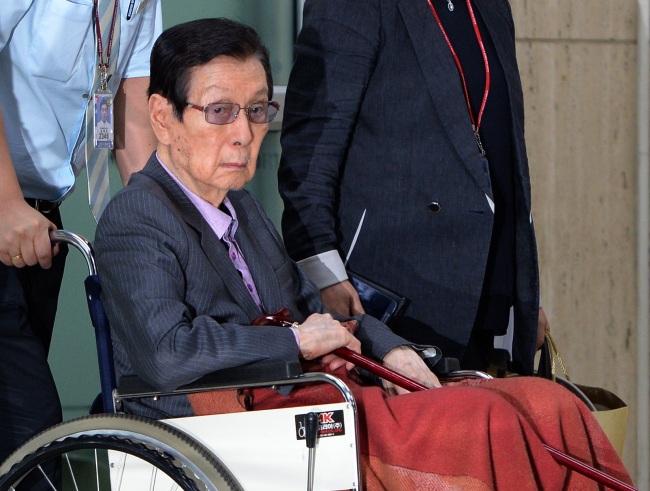 Under the country’s fair trade law, large companies with over 5 trillion won (US$4.46 billion) in assets are subject to disclose stakes held by the company’s head, as well as the owner family’s stakes in the company’s affiliates at home and abroad.

But the family-run Lotte has reported the founding Shin family is not related to its key Japanese affiliates -- including Kojunsha, Lotte Holdings and L Investment Company -- which controls 11 Korean affiliates.

The FTC said Shin broke rules by excluding the family’s share of Japanese affiliates from disclosure in order to lower the family ownership rate from 85.6 percent to 62.9 percent.

In May, the FTC had issued fines of a combined 570 million won to 11 Korean affiliates of Lotte Group -- which includes Hotel Lotte and Lotte Corporation -- for false reporting of their shares in Japanese affiliates.

However, Lotte Group objected against the agency’s punitive measure, saying there was no intention and the company was not aware of the actual ownership structure prior to the succession feud among its family members.

The country’s fifth-largest conglomerate has been under intensive investigation since June this year for corporate malfeasance.