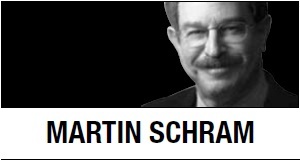 Back in 2014, Christmas came a bit early for the McConnells of Louisville, Ky. In November, America’s voters gave Republicans control of the U.S. Senate, which meant Mitch McConnell would be getting the one gift he had always wanted: the title of Senate Majority Leader.

After a few days of jubilation, in which the perpetually turtlesque McConnell was actually documented smiling, the Senate’s soon-to-be leader had a very Washingtonian power epiphany.

Now this: Suddenly virtually all the Republican leaders are privately frightened about the prospect of a President Donald Trump. (Note: When I use the term “leaders,” I am just referring to their titles — since none of the GOP leaders seem to have summoned the courage to actually try to lead their party out of the mess they are in.)

In recent days, Trump brought public expressions of rebuke and private warnings of far worse from many of the GOP’s most famous names. Trump’s unrelenting attack-dog political instincts led him into committing what other Republicans consider an irreparable, unforgivable sin: Trump attacked the Gold Star parents of an Army captain from Charlottesville, Va., who, in 2004 sacrificed his life to save the lives of his troops in Iraq. The captain saw a suicide bomber’s car speeding toward the gate of his base. So he ordered his troops to hit the ground and walked toward the car, forcing the bomber to detonate his explosive before he could kill more soldiers.

Khizr and Ghazala Khan, the parents of Army Capt. Humayun Khan, who won a Bronze Star posthumously, are Muslim Americans. At the Democratic convention, he wore a business suit as he addressed the hall, and she wore her traditional head scarf as she stood beside him. Khizr, an eloquent lawyer, pulled a copy of his U.S. Constitution from his jacket pocket and offered to lend it to Trump to read. Later, Trump attacked the captain’s mother by questioning why she had not spoken, implying maybe she was forbidden by her religion to speak. Later, she explained she is so grief-stricken, to this day, that when photos of her son are displayed she cannot talk. When a reporter asked Trump if he had sacrificed for his country, Trump said yes — by building buildings and creating jobs (in projects that added to his fortune).

To their credit, every Republican you have ever admired blasted their party’s nominee for his reprehensible insults. Among them, Sen. John McCain and House Speaker Paul Ryan. Then Trump refused to endorse Ryan and McCain, the GOP’s 2008 presidential nominee, who face primary contests this month. Previously, Trump, had avoided serving in the Vietnam War thanks to multiple draft deferments. McCain had heroically rejected a North Vietnamese offer to be released because his father was a famous navy admiral, opting to endure years more of torture and cruelty so he could share the fate of his fellow prisoners of war.

On Tuesday, Trump climaxed his pathetic days of contemptuous conduct by displaying a Purple Heart medal at a rally in Ashburn, Va. Trump said a veteran gave it to him — and as he told the story of the veteran who had just handed him the medal, Trump morphed into the dialect of the Fonz, the Brooklynesque caricature from the 1970s “Happy Days” TV sitcom:

The Republican Party’s nominee to be president and commander-in-chief paused and then added his own epilogue to his awful and disrespectful week: “I always wanted to get the Purple Heart. This was — (he paused for effect) — much easier.”

What we need this year is a political medal — a Profiles in Courage medallion (with a bow to John F. Kennedy’s book). Let it be awarded to the prominent Republicans — to a Mitch McConnell, Paul Ryan, John McCain, et al. — who care enough to dare to lead their party faithful back to patriotism’s high road. Let them announce, one by one, or together, that they will campaign to elect Republican candidates for every office — except president. Let them lead by announcing they will not vote to inflict a Trump presidency upon their fellow citizens and the planet.